The practical task was to design a storage for barrels with cognac spirits for the «Alliance 1892» company and an entrance to the existing plant. But in the process of studying all the project components we came to the idea of an extremely symbolic architectural ensemble.

It all started from the fact that cognac production begins primarily from a grape-vine (an extremely mystical image in Christianity, combining a lot of signs: from the designation of the Tree of Life to Communion and Paradise (Heavenly Fire), and wine being an attribute of Christ blood. So we came to the decision to subordinate the form to some literary symbols that will create images of harmonious interaction, sometimes seemingly opposite and antagonistic, but forming solid pairs, giving rise to a new sign in space between them.

Inner and outer, masculine and feminine, low and high, blind and open, wood and metal – these are just a few of the matches we used to create the shapes of the buildings.

A low wooden structure serving as a storage bears the image of the Earth “giving birth” – this is the image of a woman who keeps and bears. It is tightly connected with the earth, has grown into it, grows out of it and keeps and protects birth in it. This is like a yin sign: deep, cool, low – internal. A high volume, created from metal, stretches to the sky, is associated with light, reason, external, masculine. It is slightly unstable and mobile, open (the volume is simply broken and at night it burns like a candle, illuminating the object inside it, collected from the grape-vine).

The lower part of the volume turns into a staircase which cuts a horizontal volume as triangle, allowing visitors to view the interior of the vault without entering it. At the same time, the end of the wooden block on the other side also enters the body of high volume. In this interlacing they create space between and within themselves, organizing together the surrounding space.

With such complex (almost mystical) interactions, it is natural that both buildings are designed on the same geometric platform. They are also connected with the main building of the plant and with the geometry of the site. Each line, both horizontally (in plan) and vertically (facades and sections) depends on a complex geometric scheme, which itself formed the volumes of buildings. And architects themselves were only tools of this structure, soon after they created it.

The third object – the entrance is the beginning – the gate to the next stage of the project – a creation of a park. 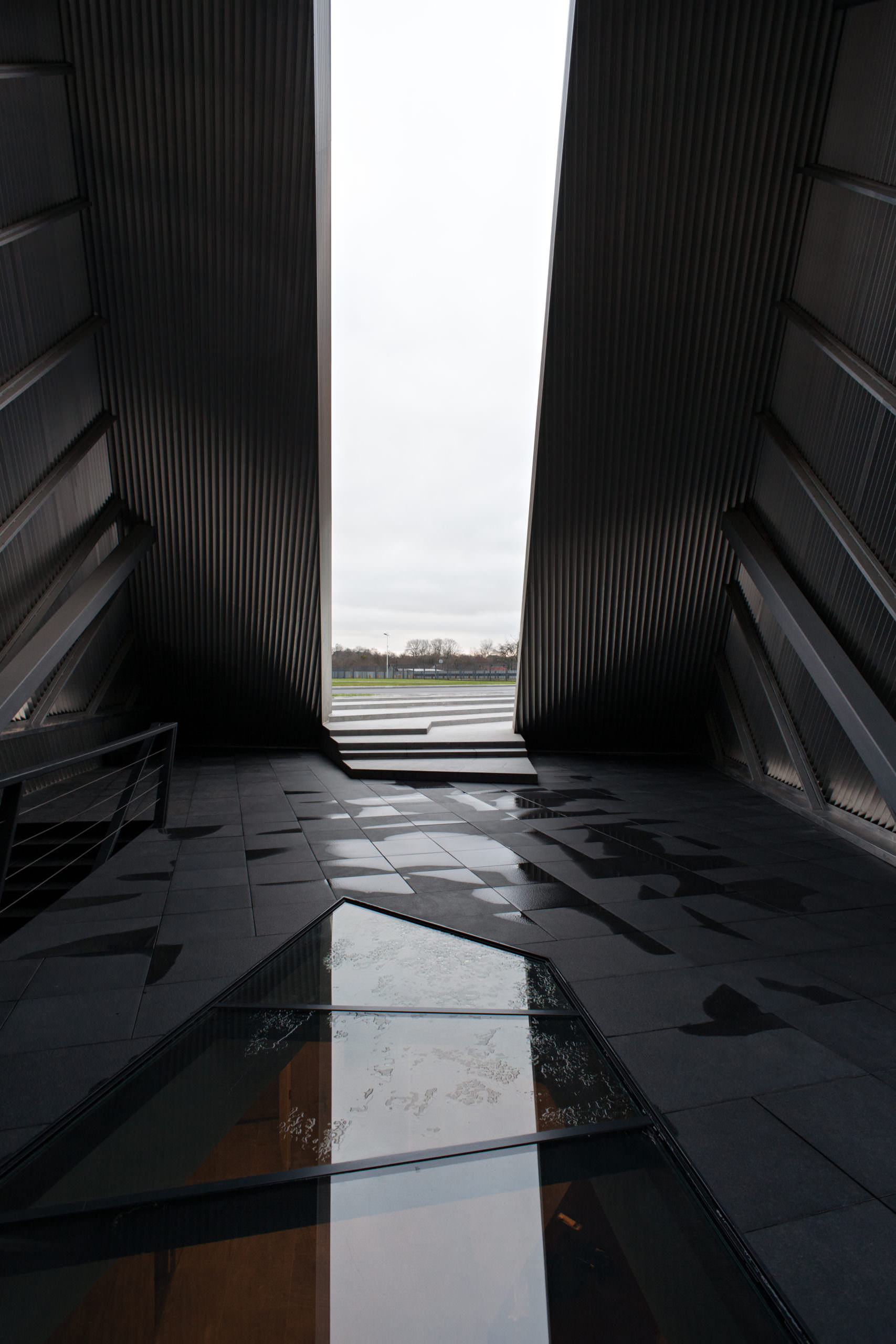 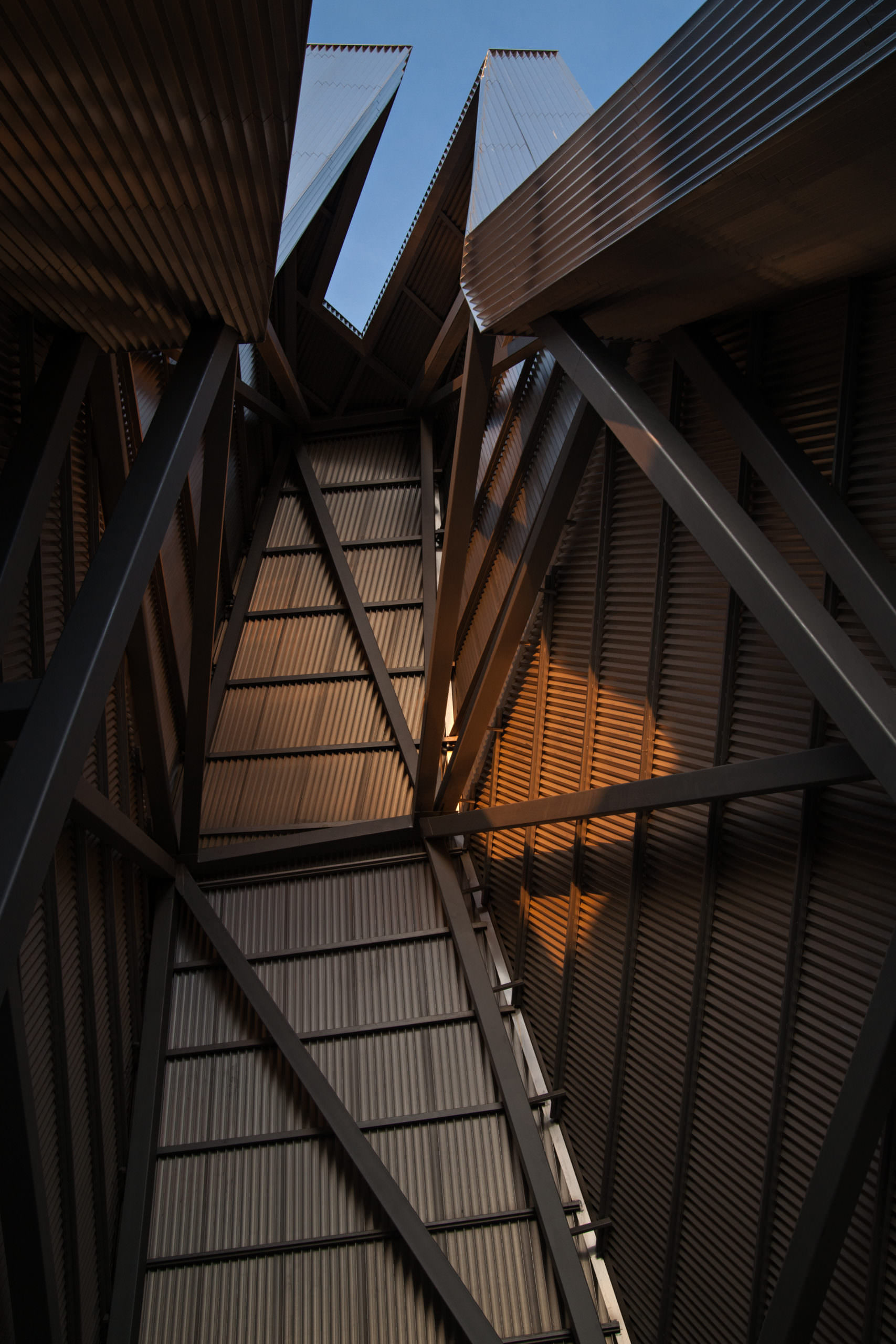 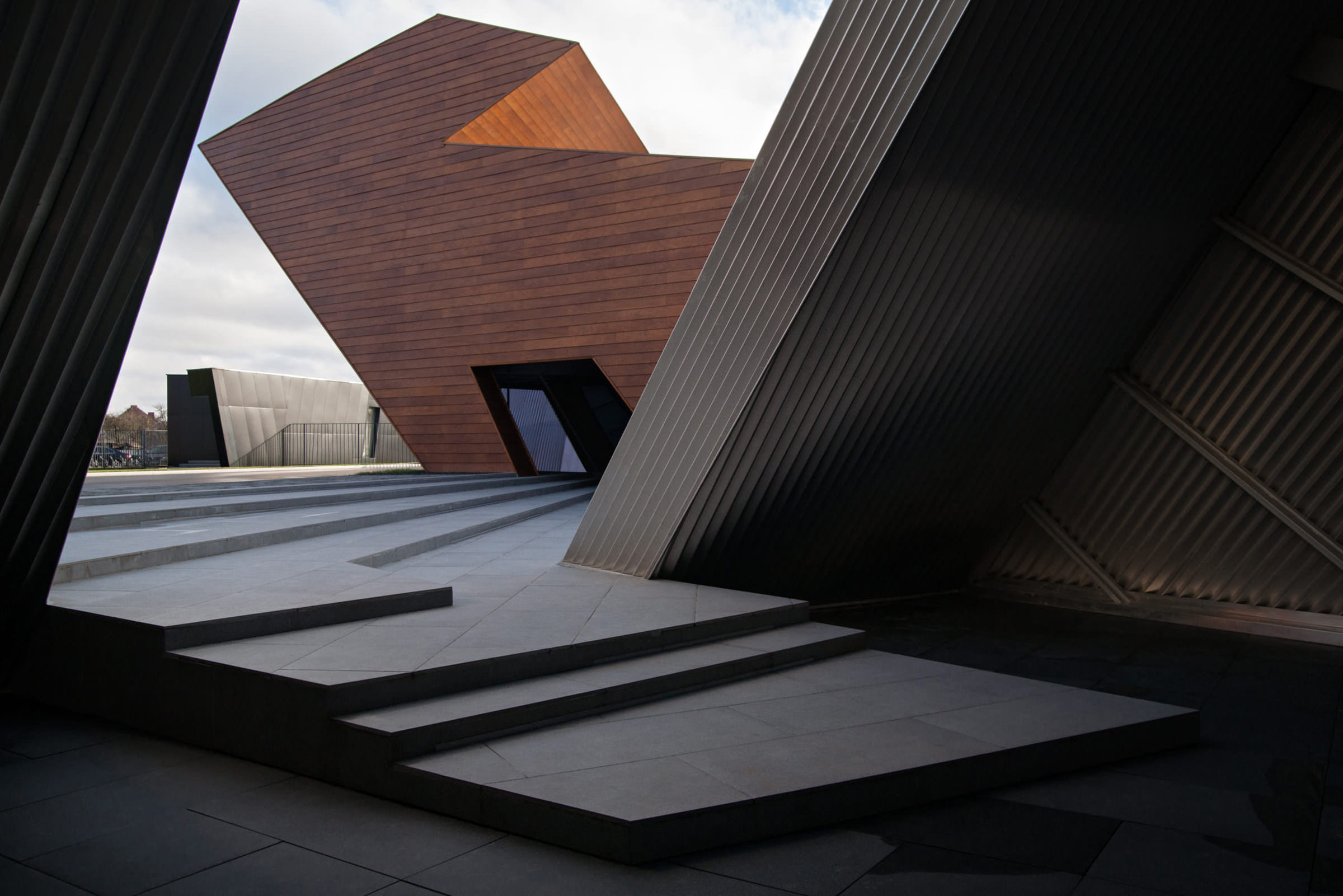 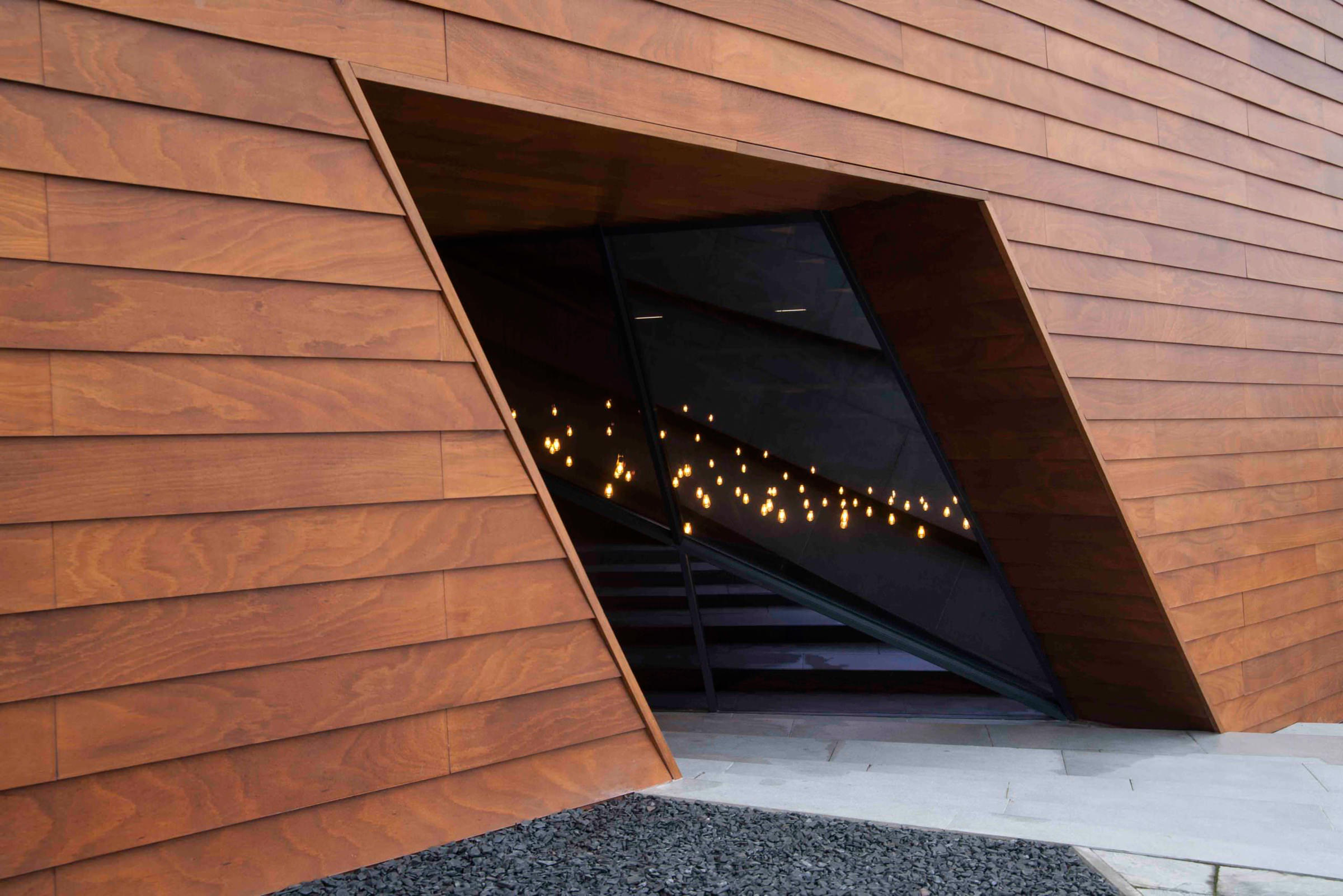 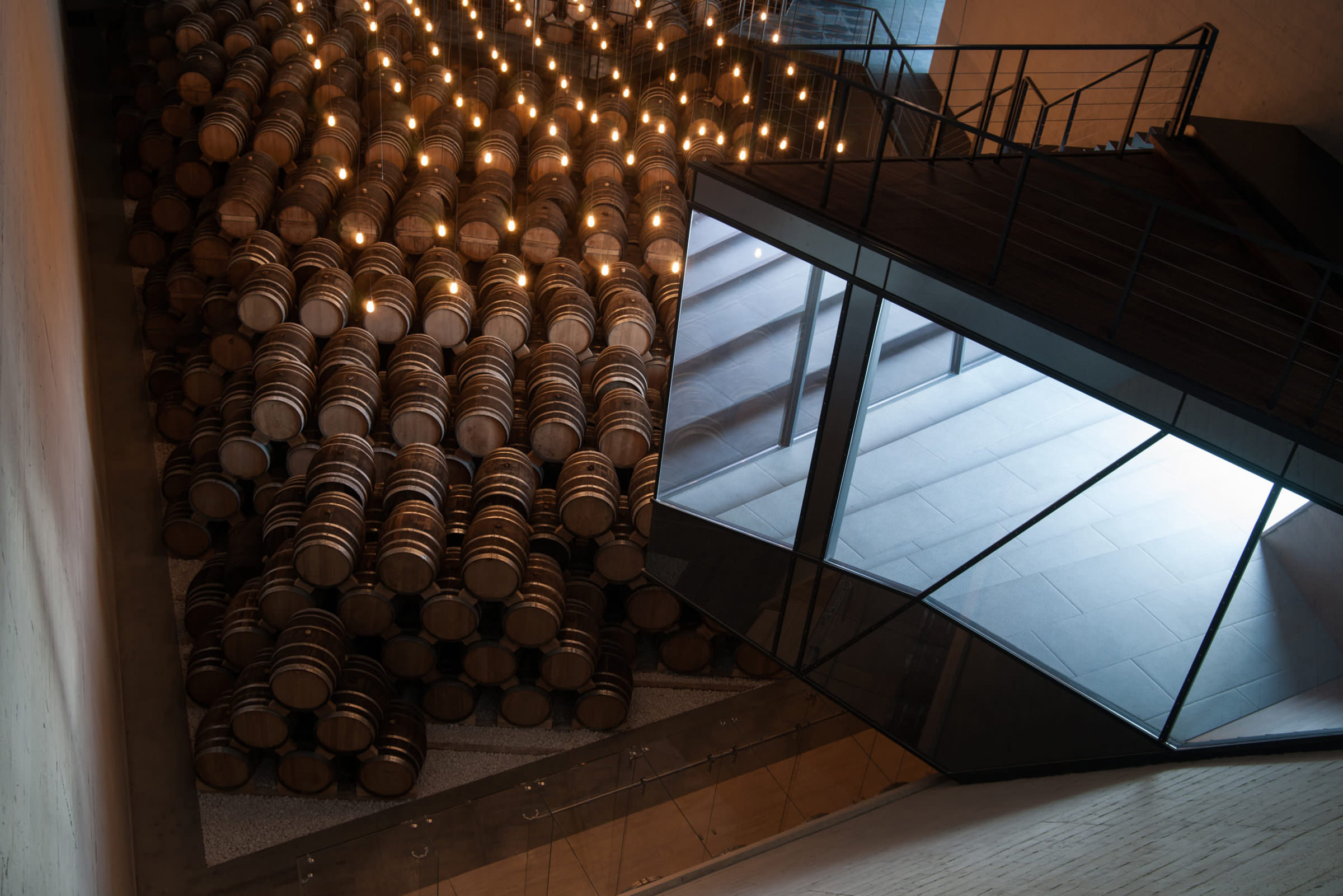 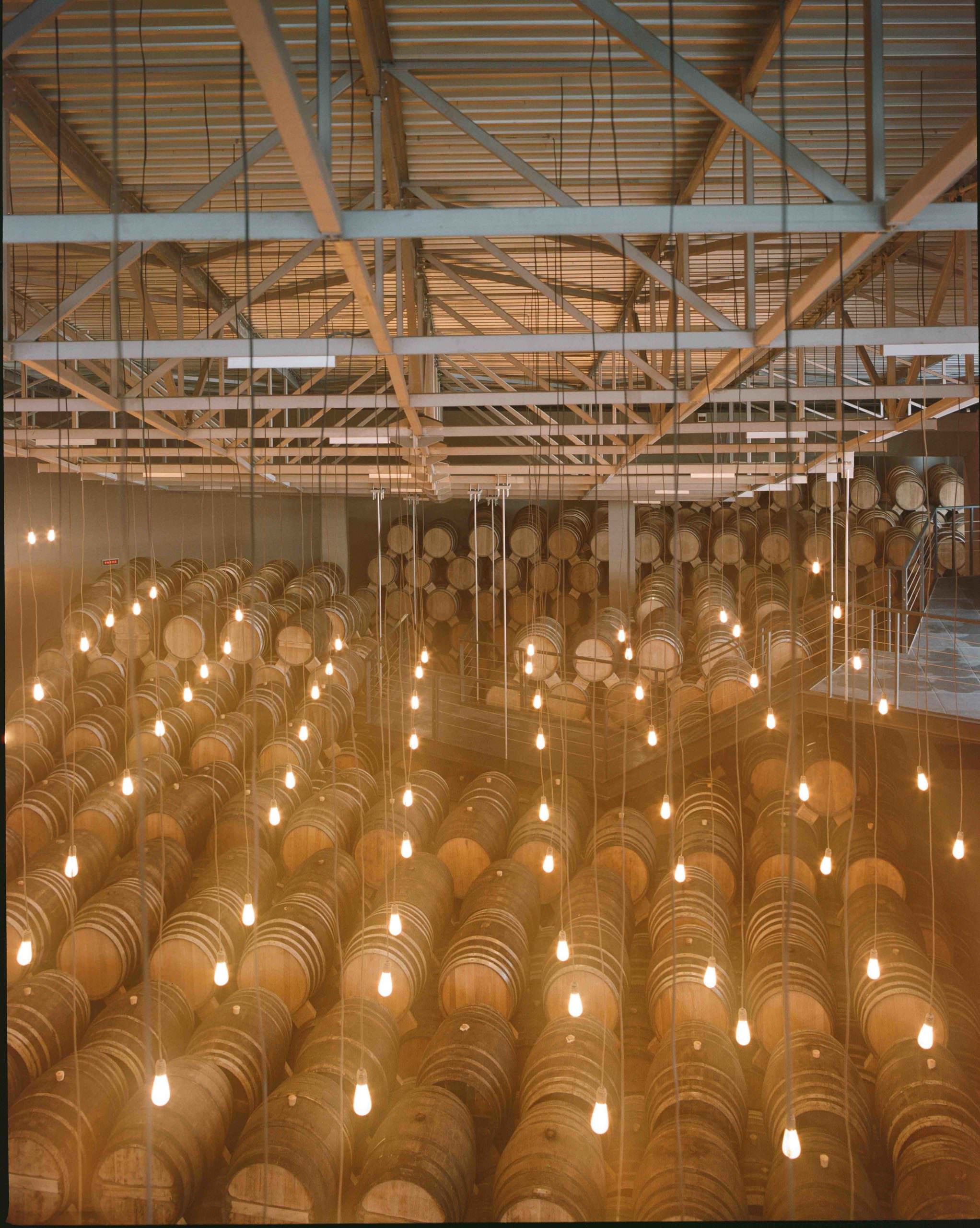 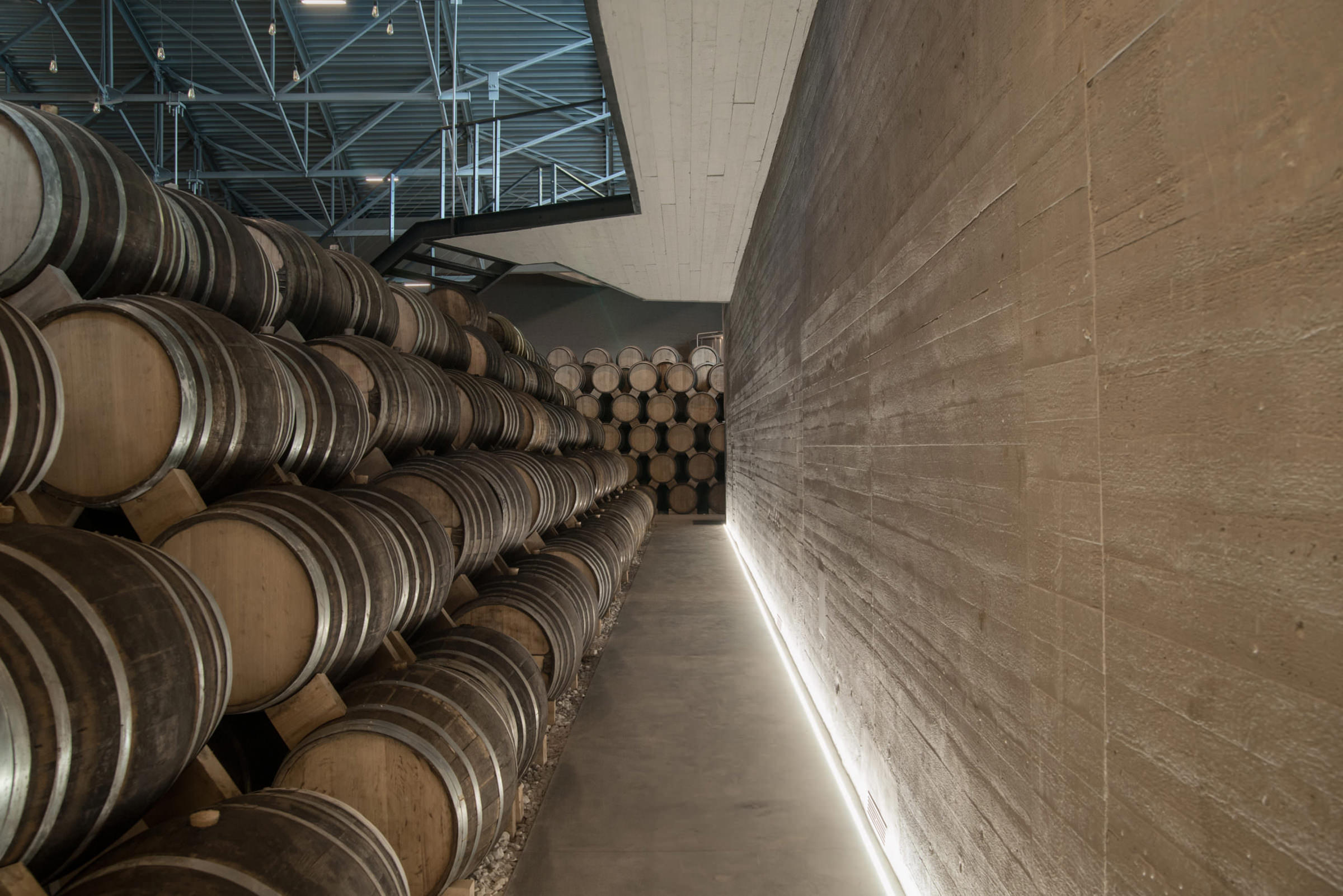 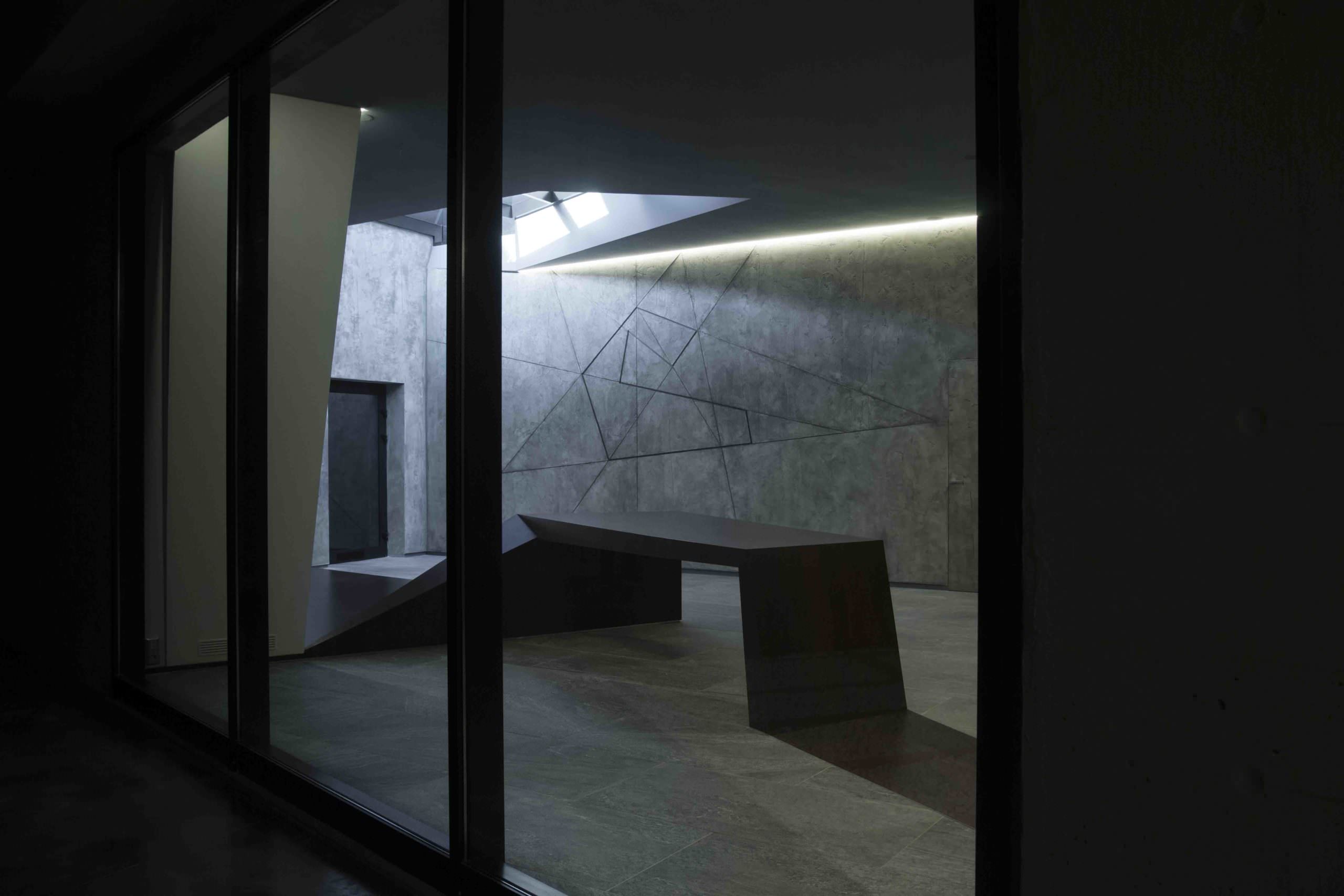 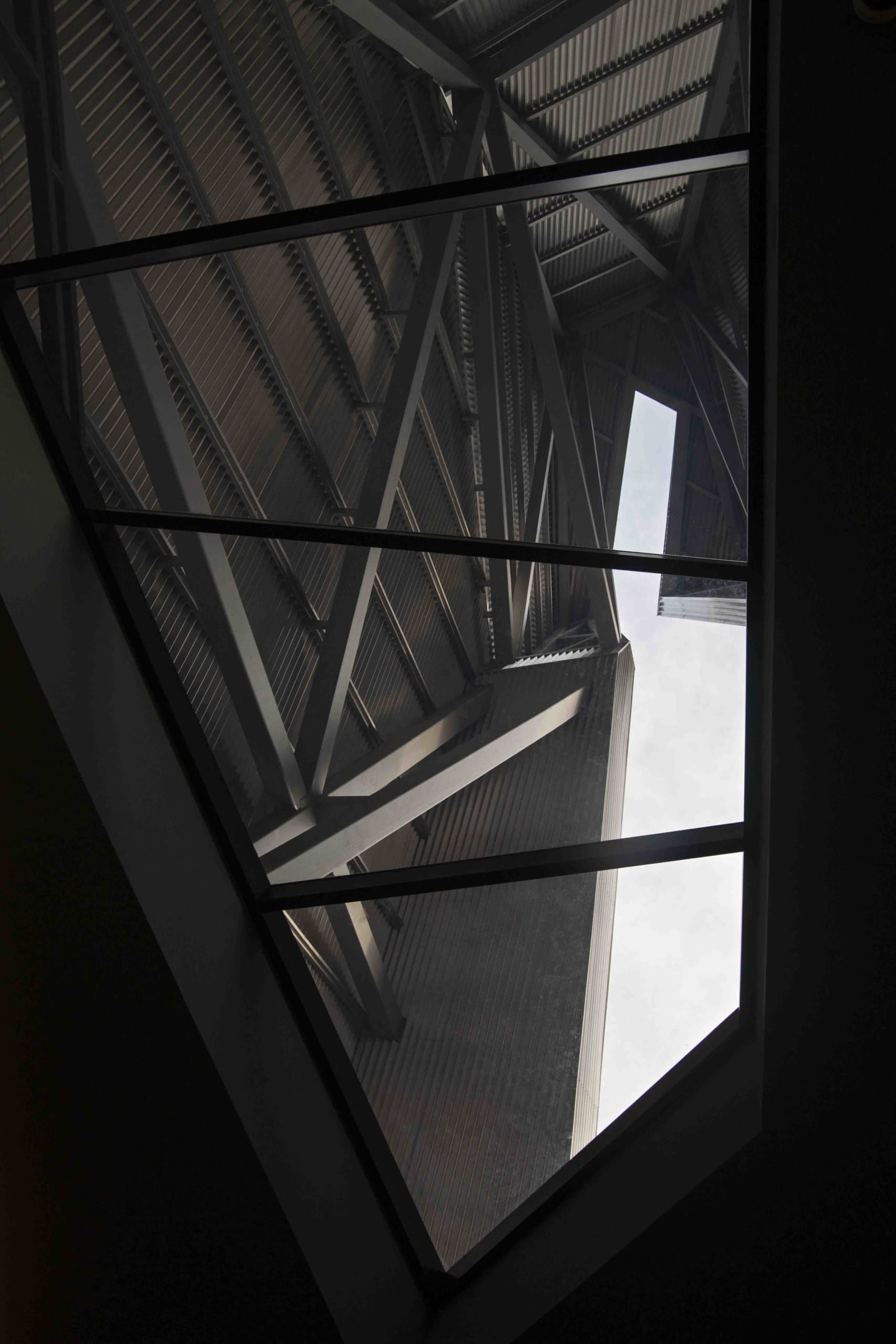 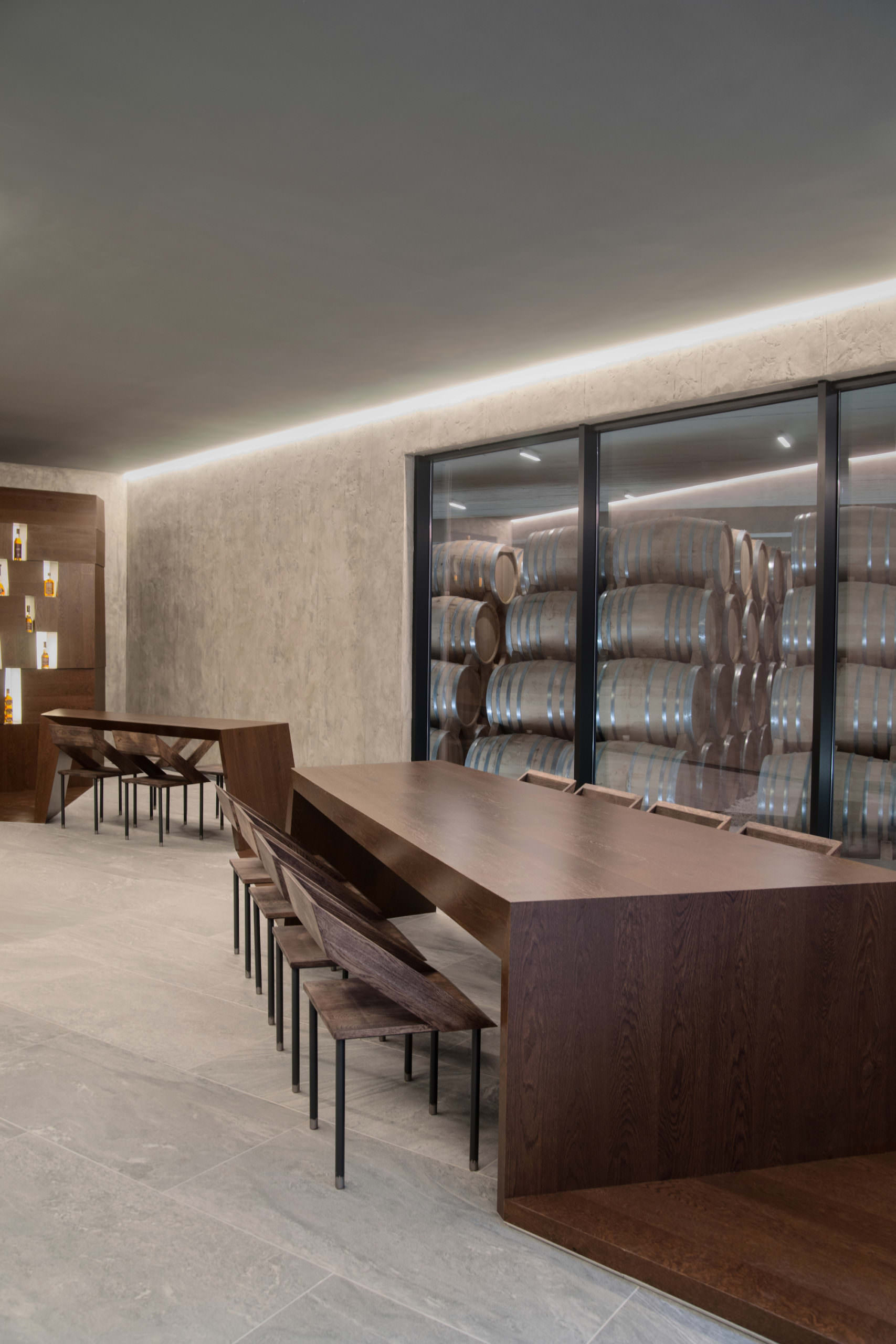 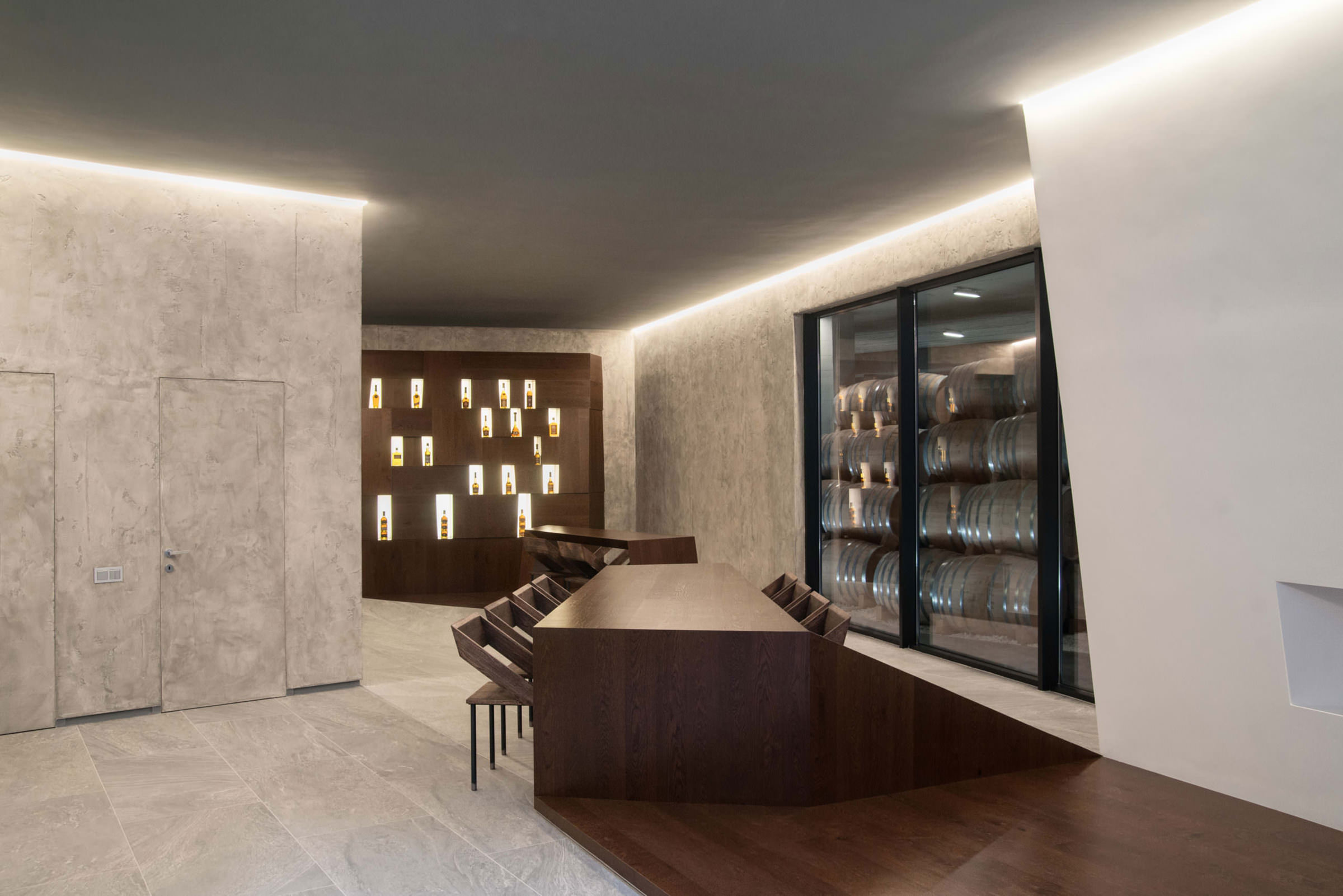 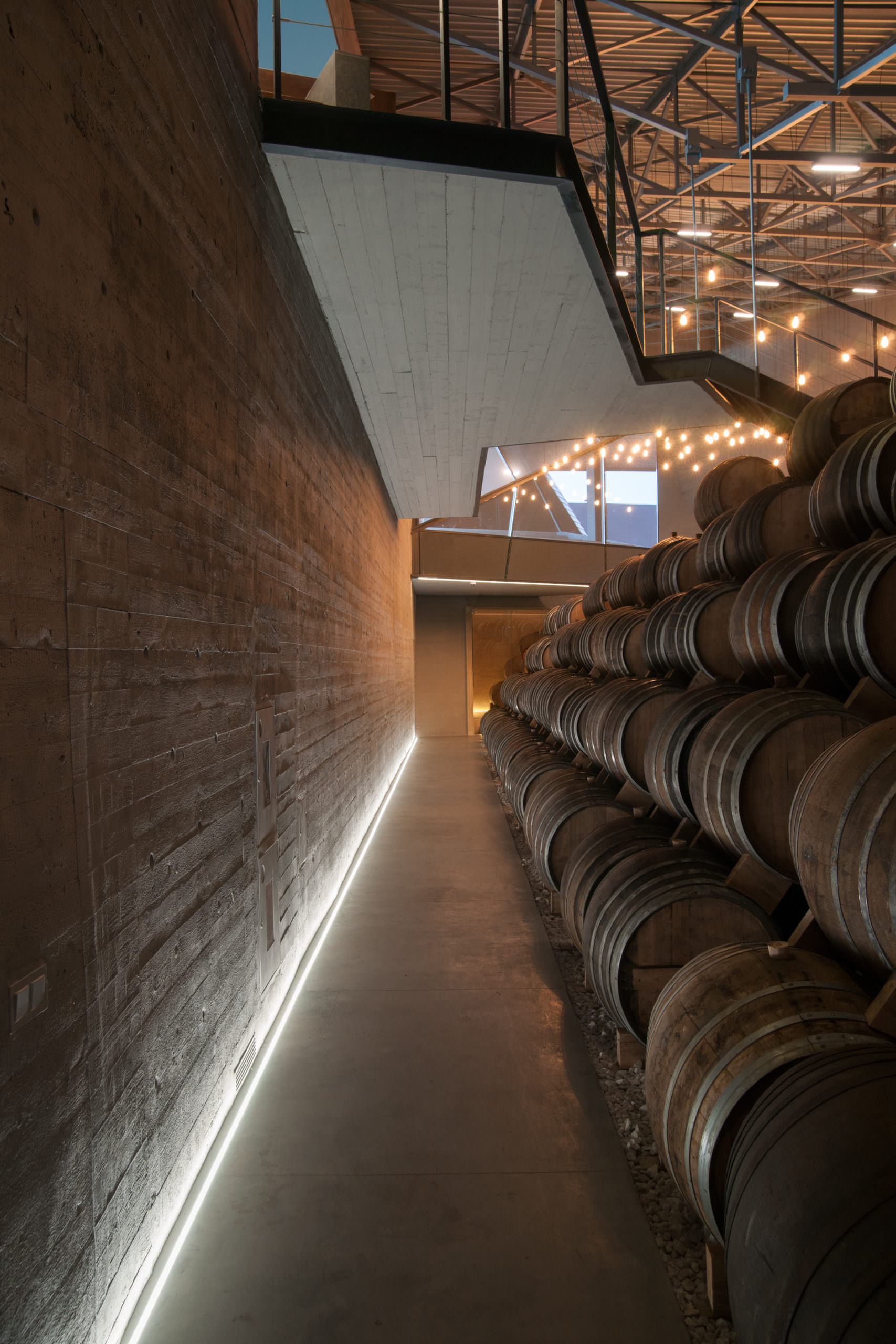 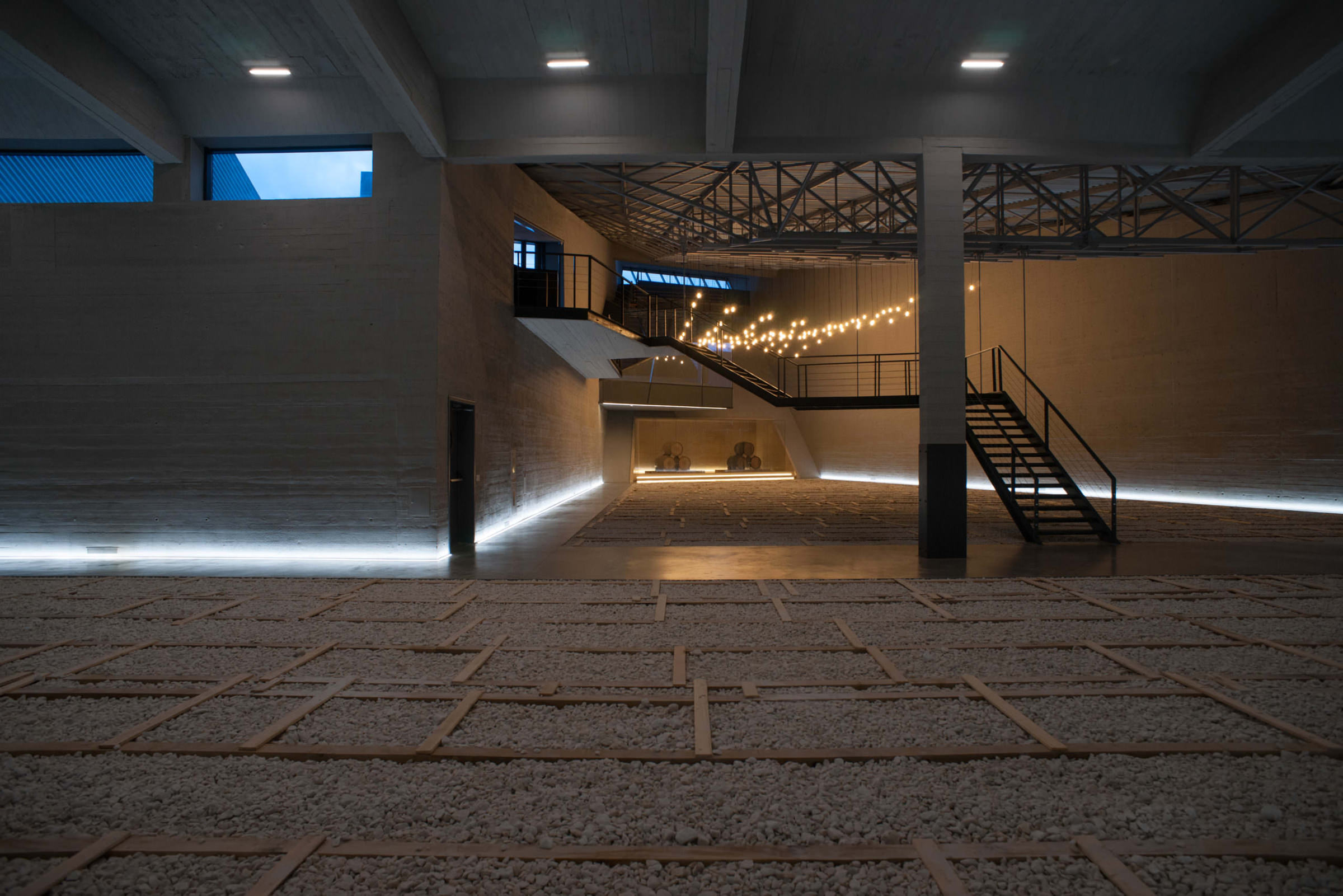 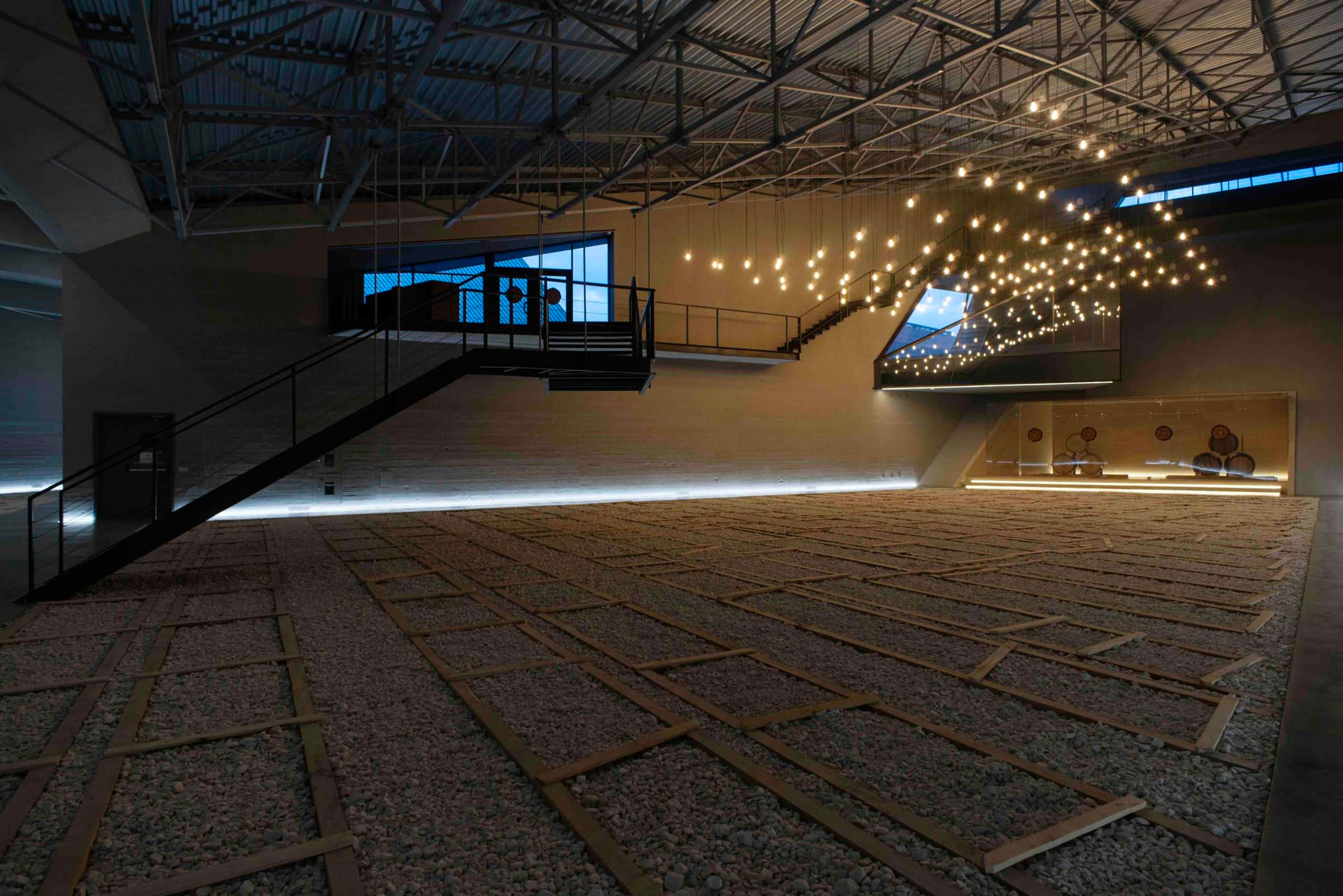 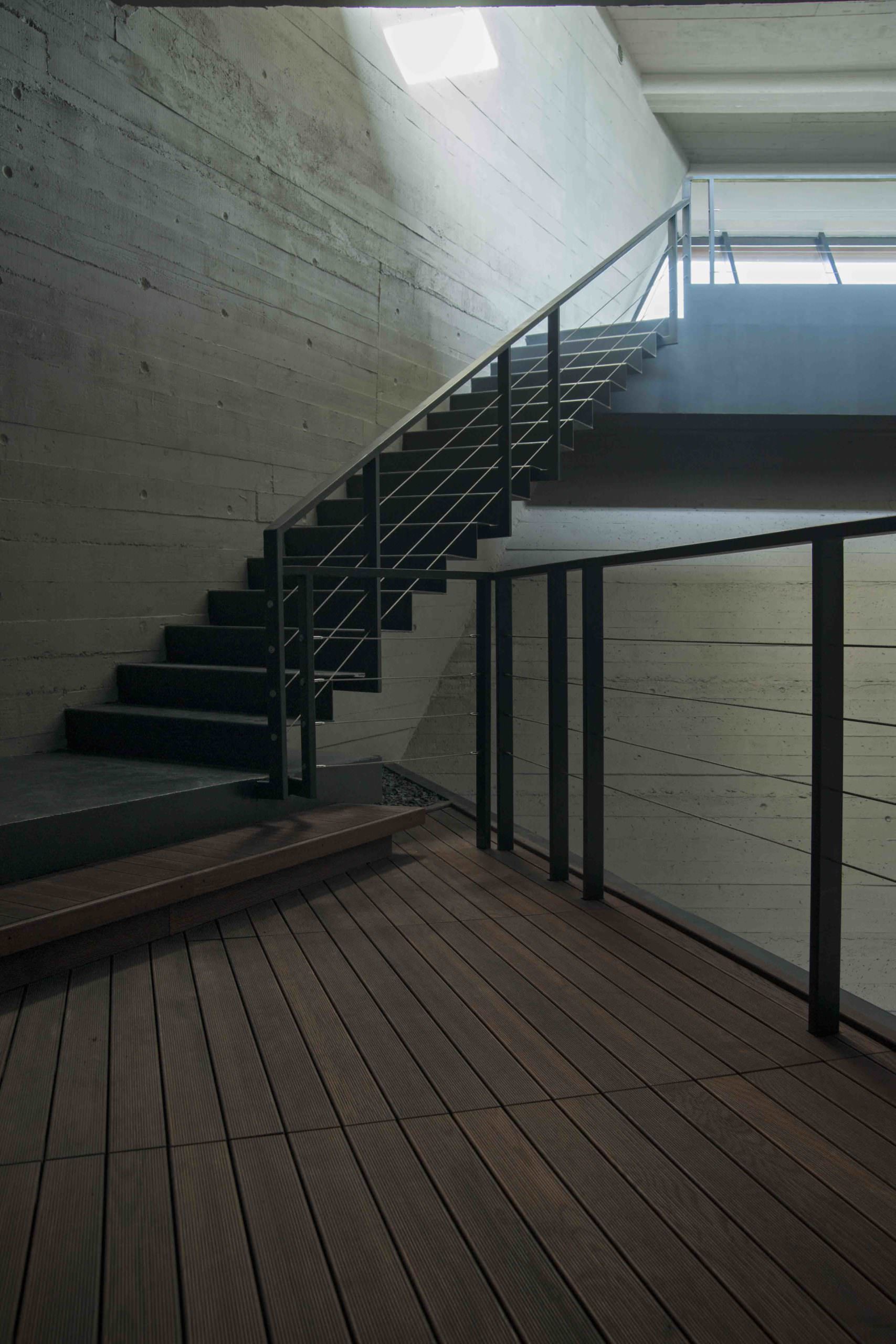 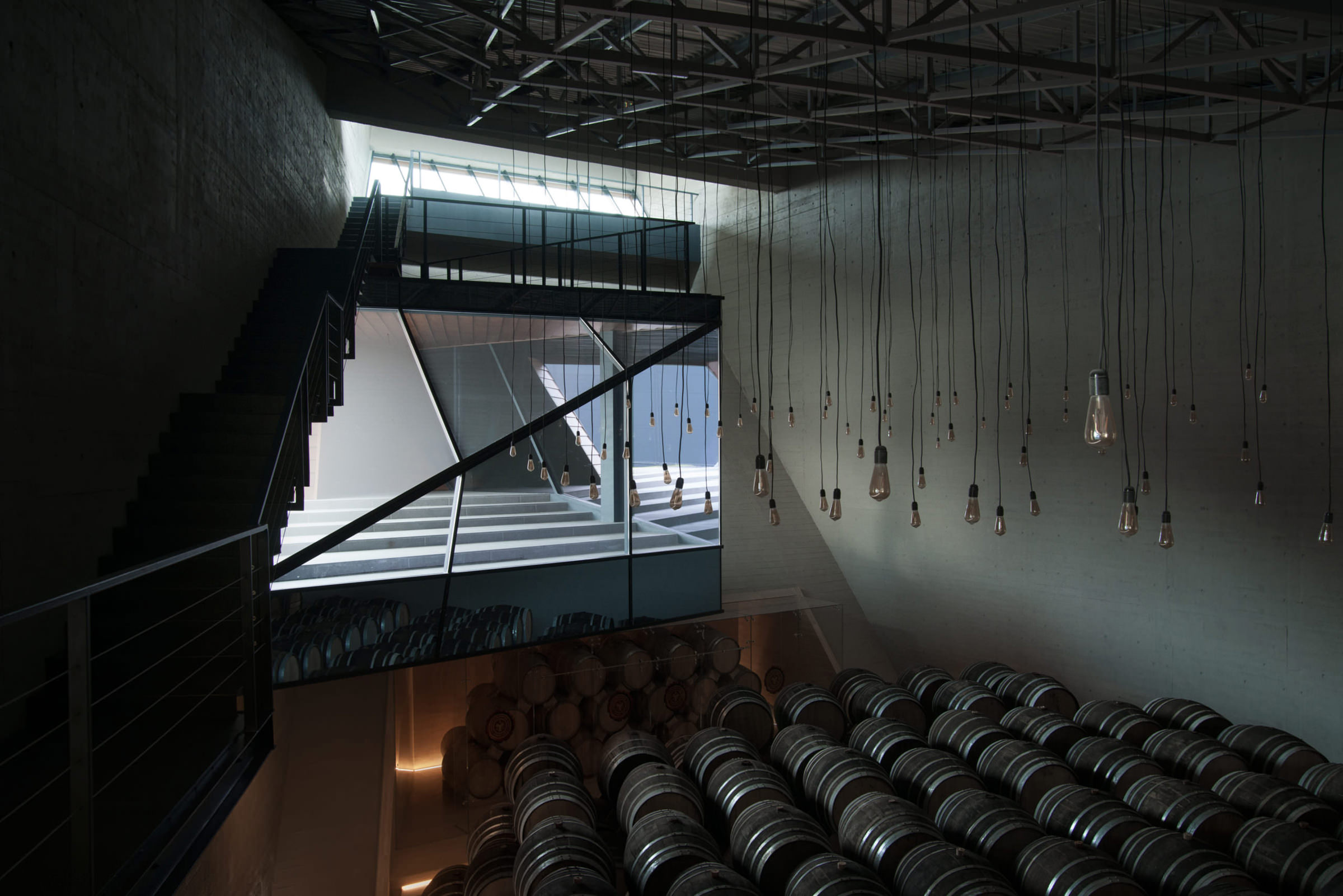 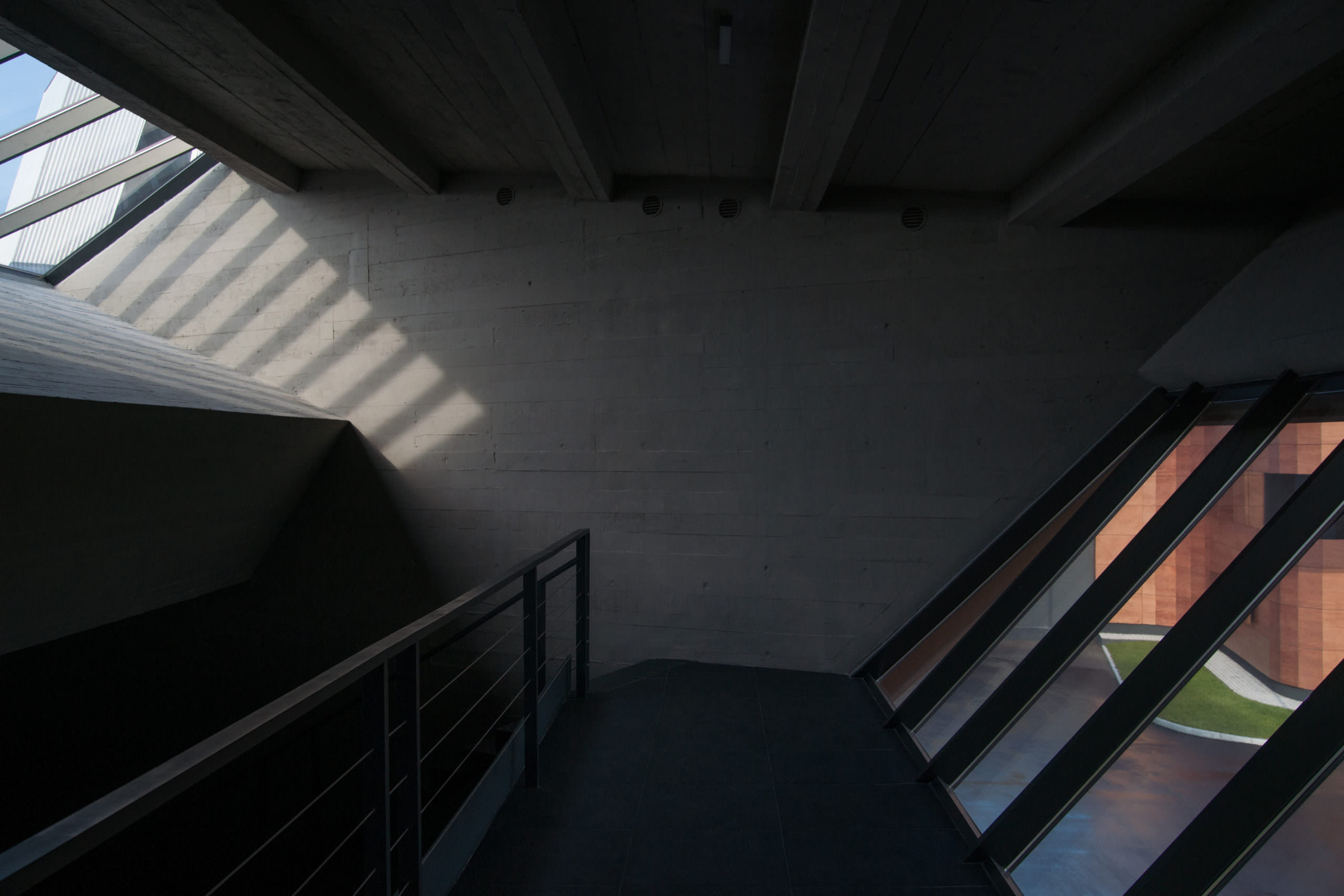 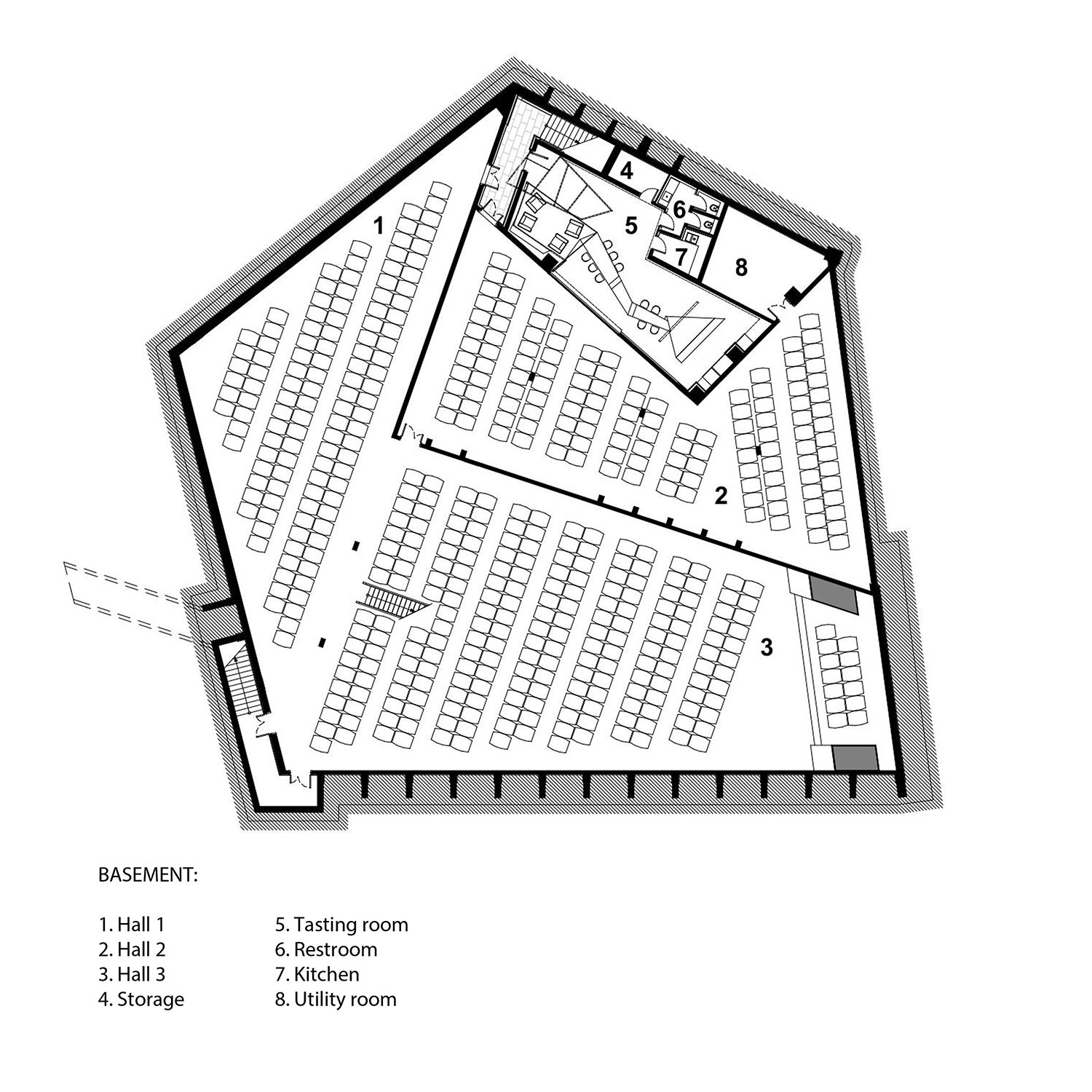 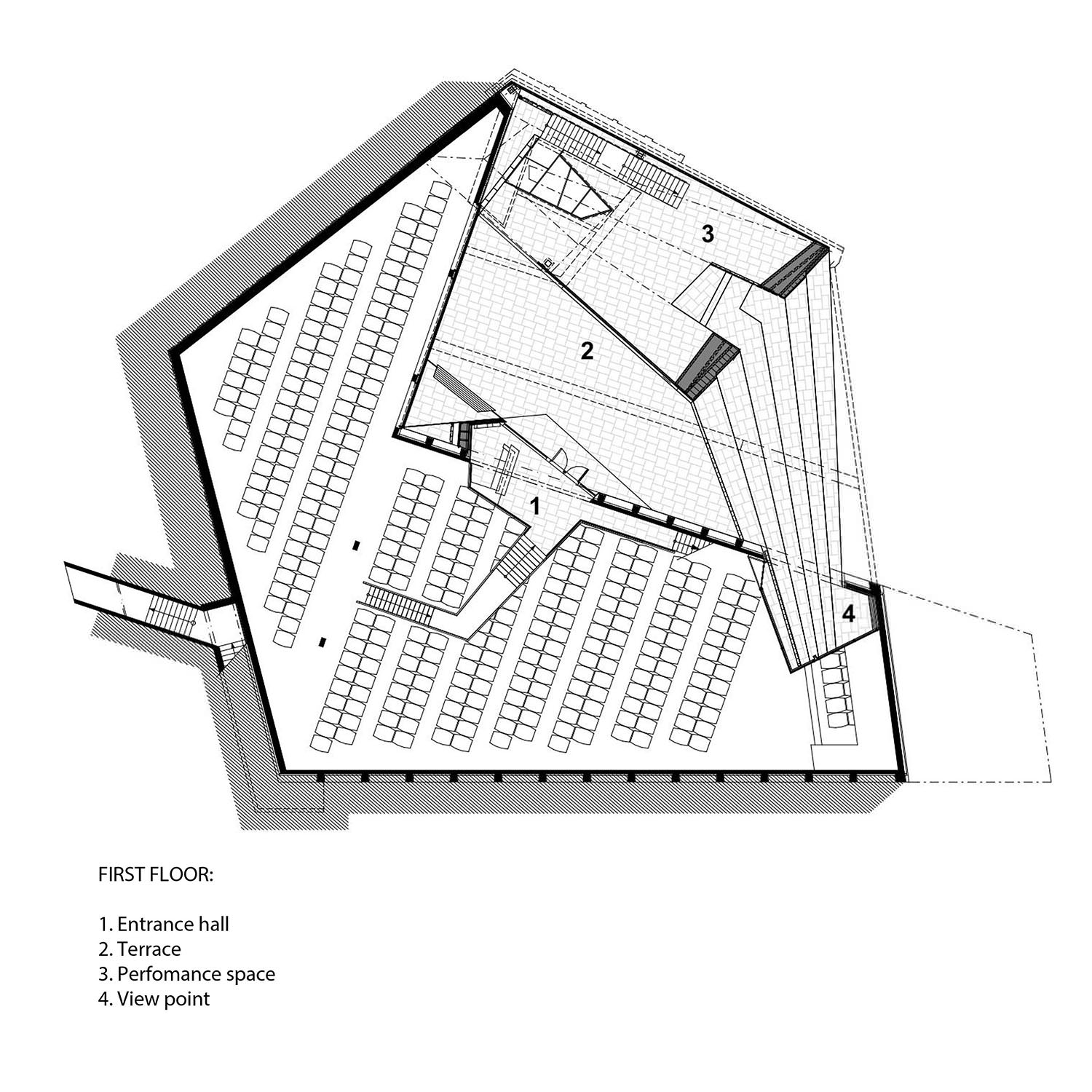 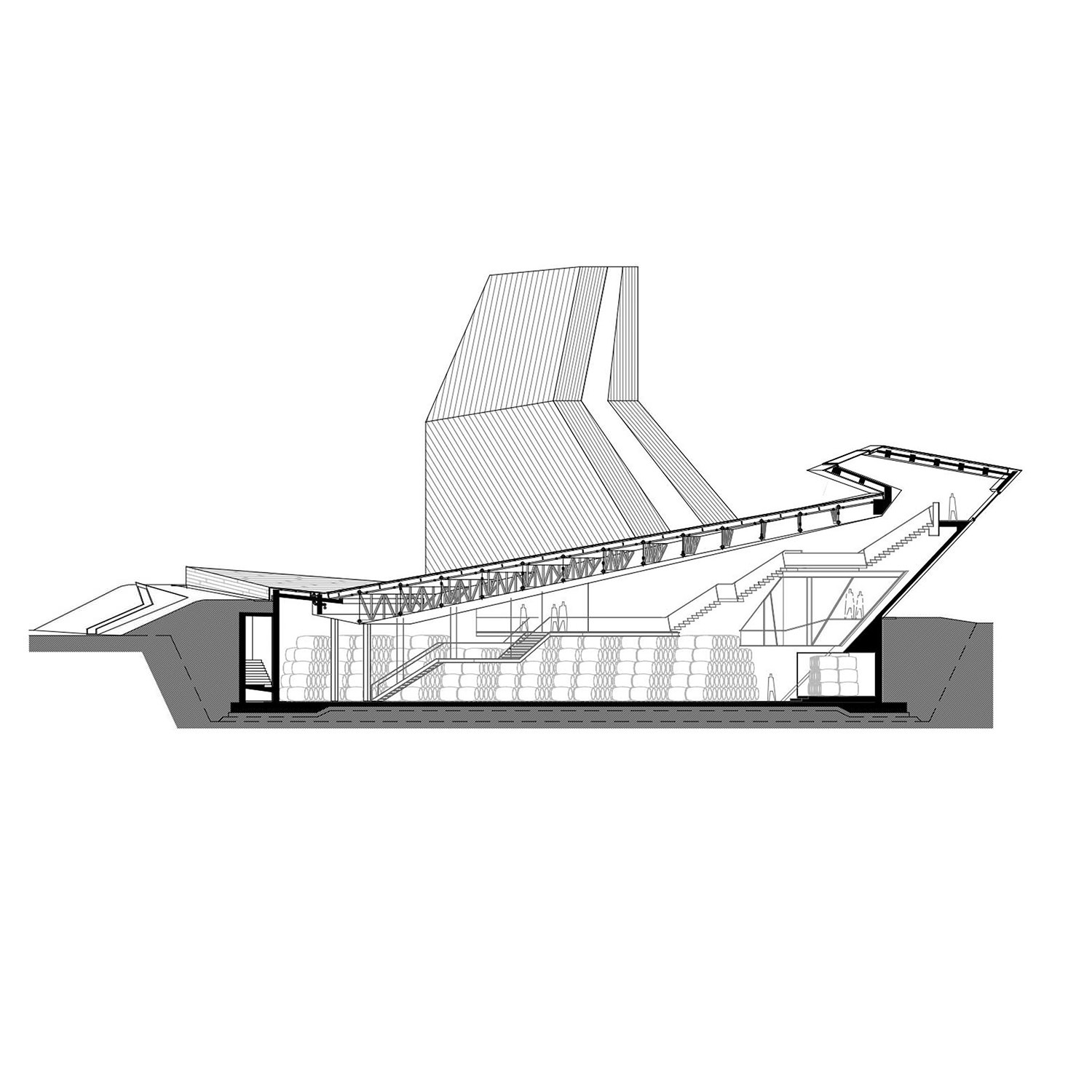