House by the River

This house, of course, is amazing itself — powerful geometry, unusual angles — you will not confuse it with any other. But there is another rare feature — a small river flowing through the site.

The project began with a typical structure (total area of only 450 sq.m.) with a large round bay window facing the courtyard. But this building did not meet the owner’s requirements as they needed a number of spaces: technical rooms, a home theater, a gym, a swimming pool, salt cave, a library to a large public area, several bedrooms, including children’s bedrooms, guest rooms with their own bathrooms and dressing rooms. So, the house was built up and rebuilt with its area increased by more than three times and now its total floor space is about 1600 sqm. The renovated building contains 62 rooms.

In the large-scale basement there is a boiler room and technical rooms (serving the pool). Next to them is a gym and a sauna. On the ground floor, if you enter the house from main gateway side (from the rear facade), behind a spacious entrance hall there is a swimming pool and an elevator, a library, further you can see a kitchen, a living room with a dining room and fireplace corner (with an exit to terrace overlooking a large lawn with an old willow tree and river). There is also a nursery and several guest bedrooms. On the first floor there is another living room, several bedrooms and exits to balconies and terraces. The largest one faces the river and in summer there are sun chairs on it. On the second floor, there are two offices, connected by a small winter garden, and the master bedroom, with spacious bathroom, and a large dressing room.

The main space here is a three-level atrium, which is not only beautiful itself, but also brings light to the central part of the house. «This was the way we compensated for the lack of natural light», explains Arseniy Borisenko, a head of za bor architects. «The entire public area of the house, which is located on the ground, first and partly on the second floor, is built around a central light well, covered with a roof window». There is a large number of windows (39 in total) — also to attract natural light into the house. «This is also an important aesthetic moment, continues Arseniy, — Thanks to the number of windows, the facades have a kind of integral framework. The whole architecture, the whole image of the house is based on this».

The complex spectacular shape is the signature style of za bor architects. Arseniy says: «People say that we make “impressive corners”. But the main thing here is not the form, the functional content is more important». Moreover, the architect is sure: the comfort created with the help of planning and original solutions does not need a special object environment. A space organized by za bor architects, consisting of multi-level, complex volumes, is subordinated to a logical structure. At the same time, it is expressively rich due to a variety of finishes. A space in which, as Arseniy says, «interior items appear only where they are actually needed». 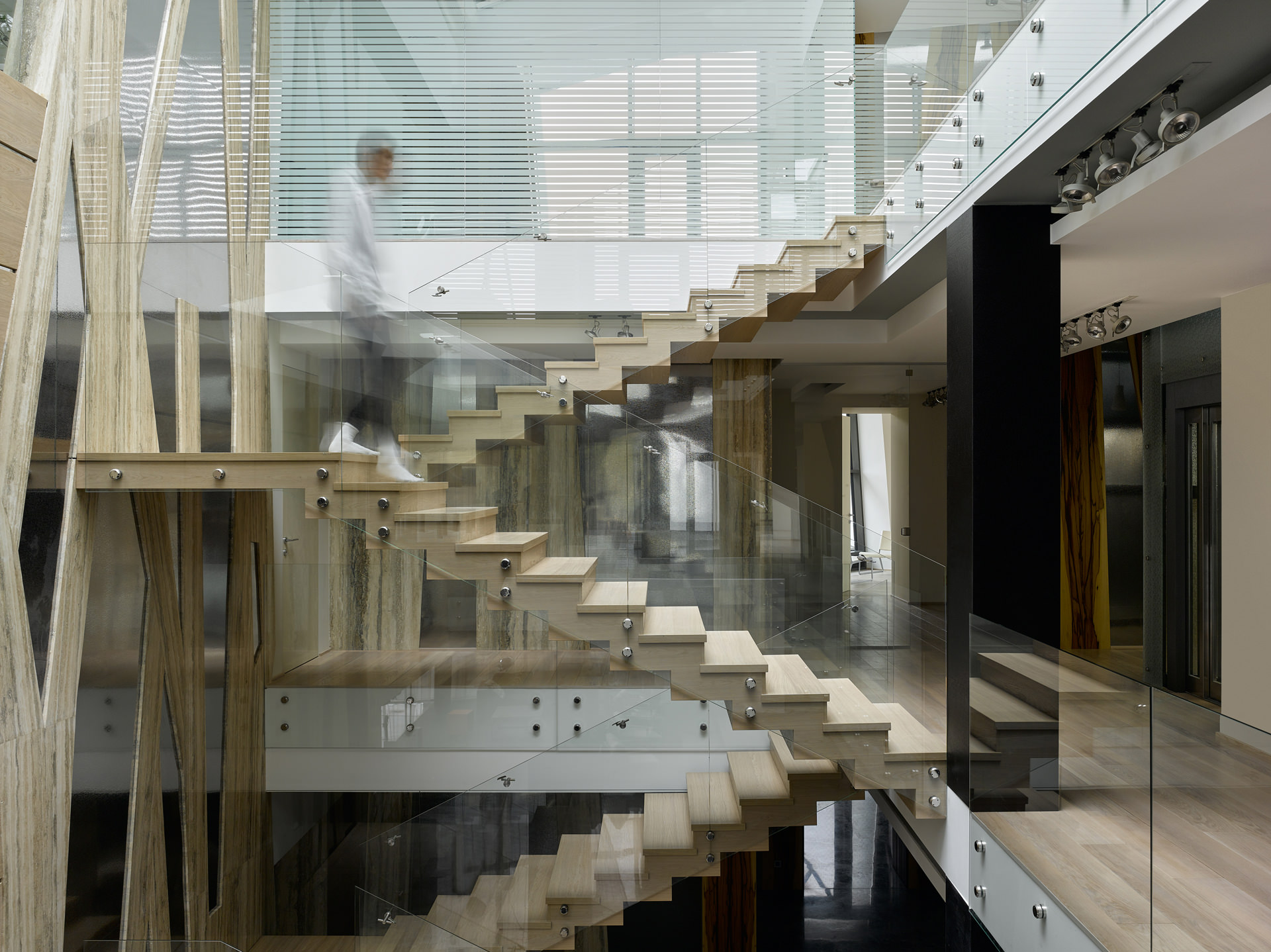 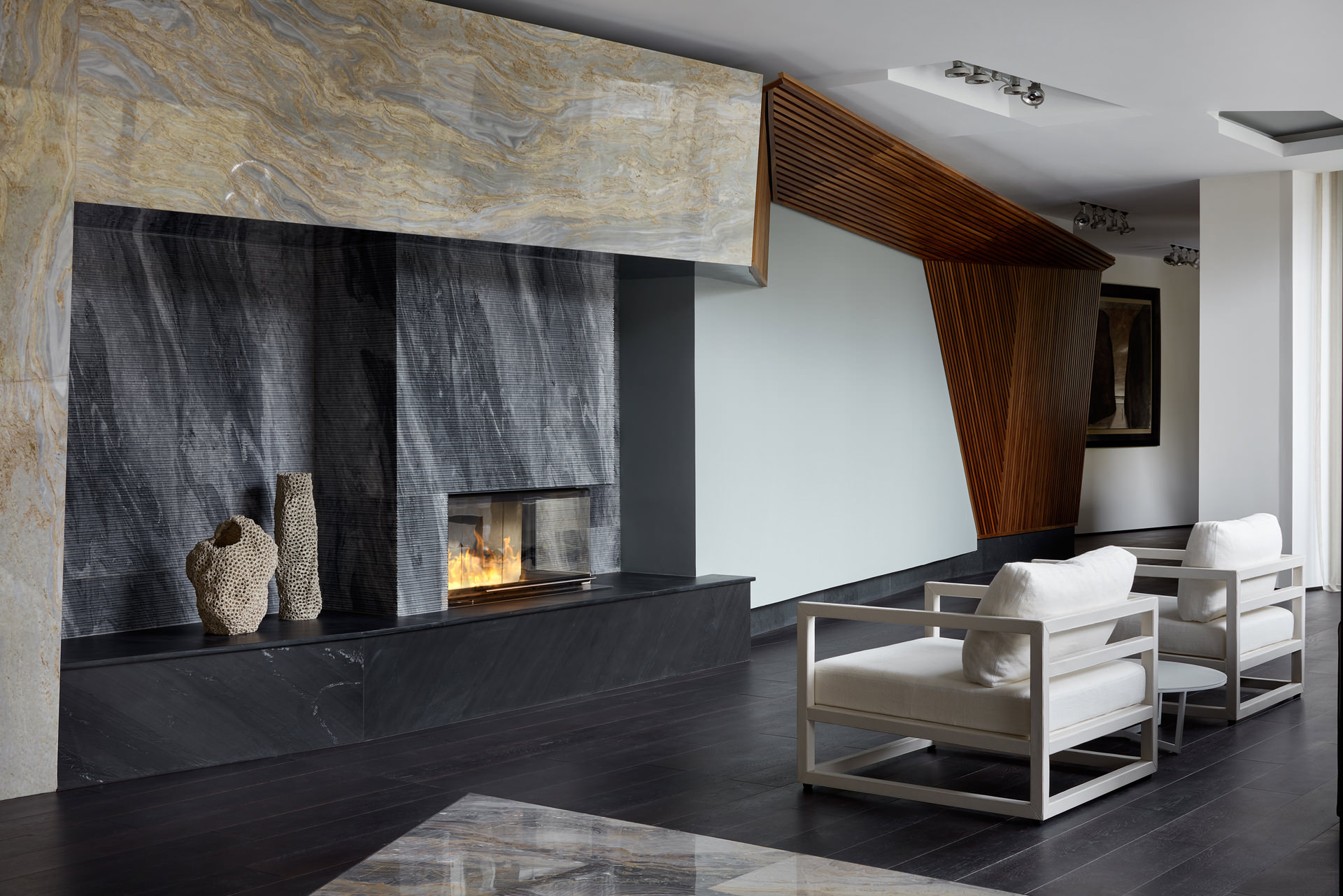 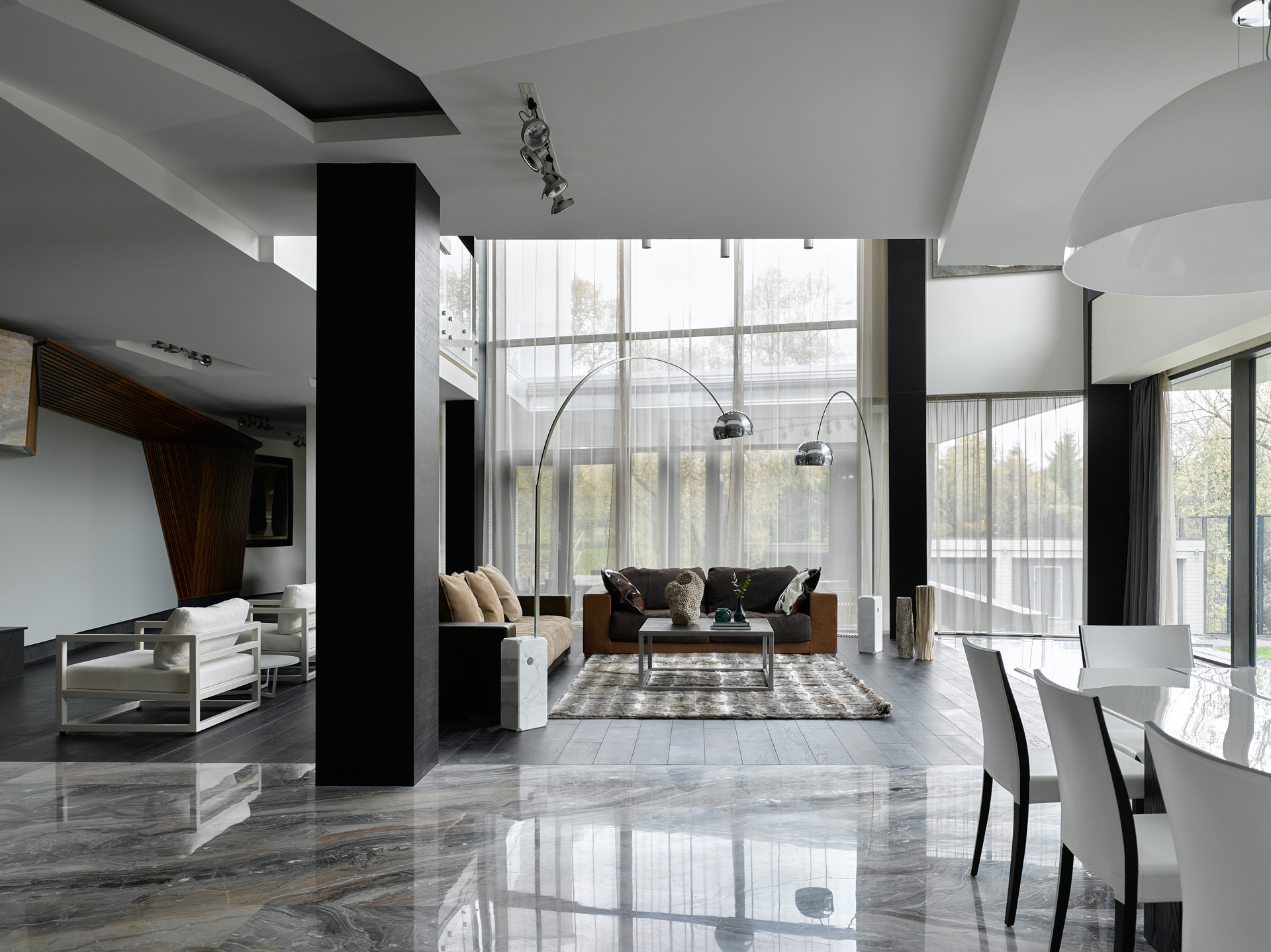 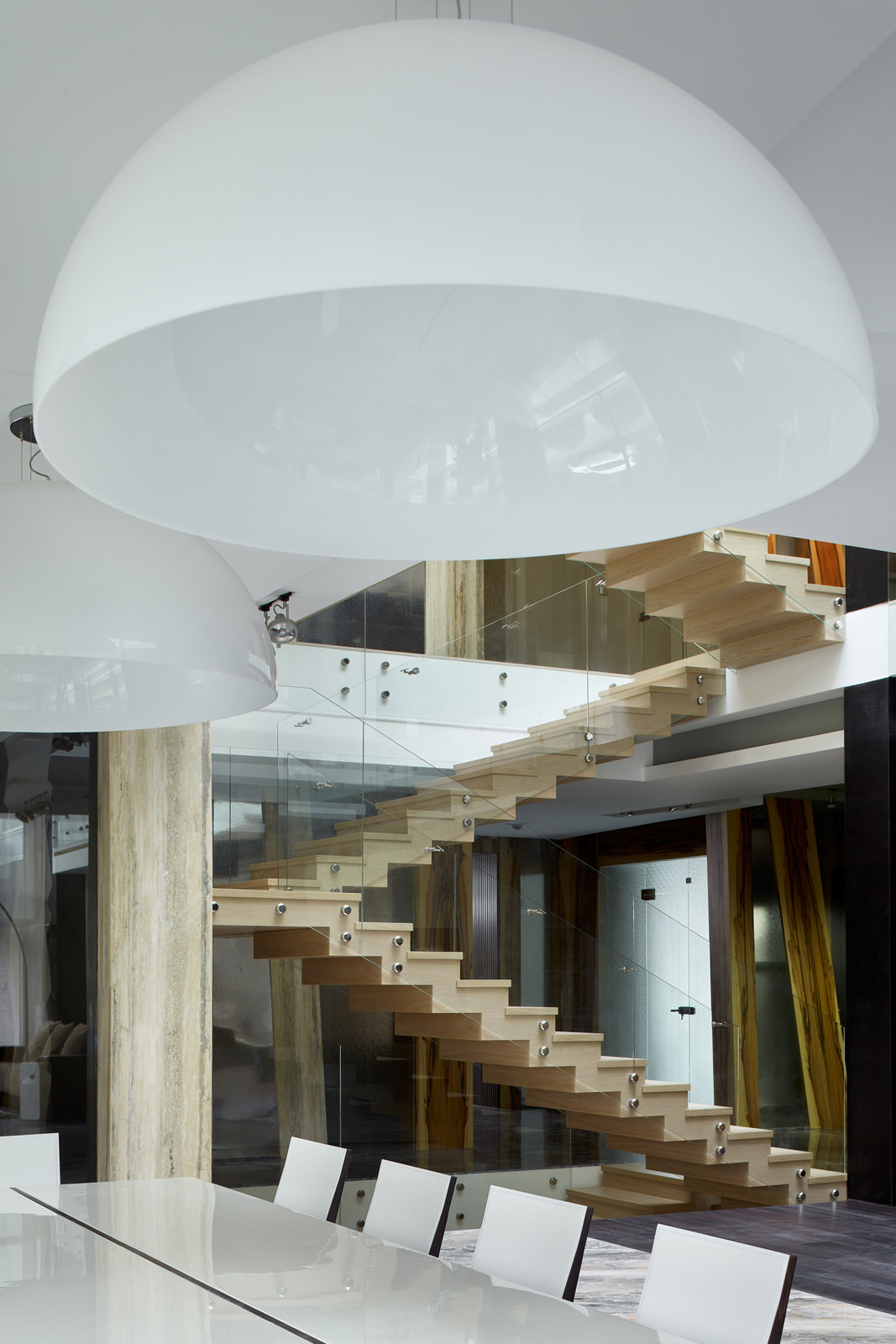 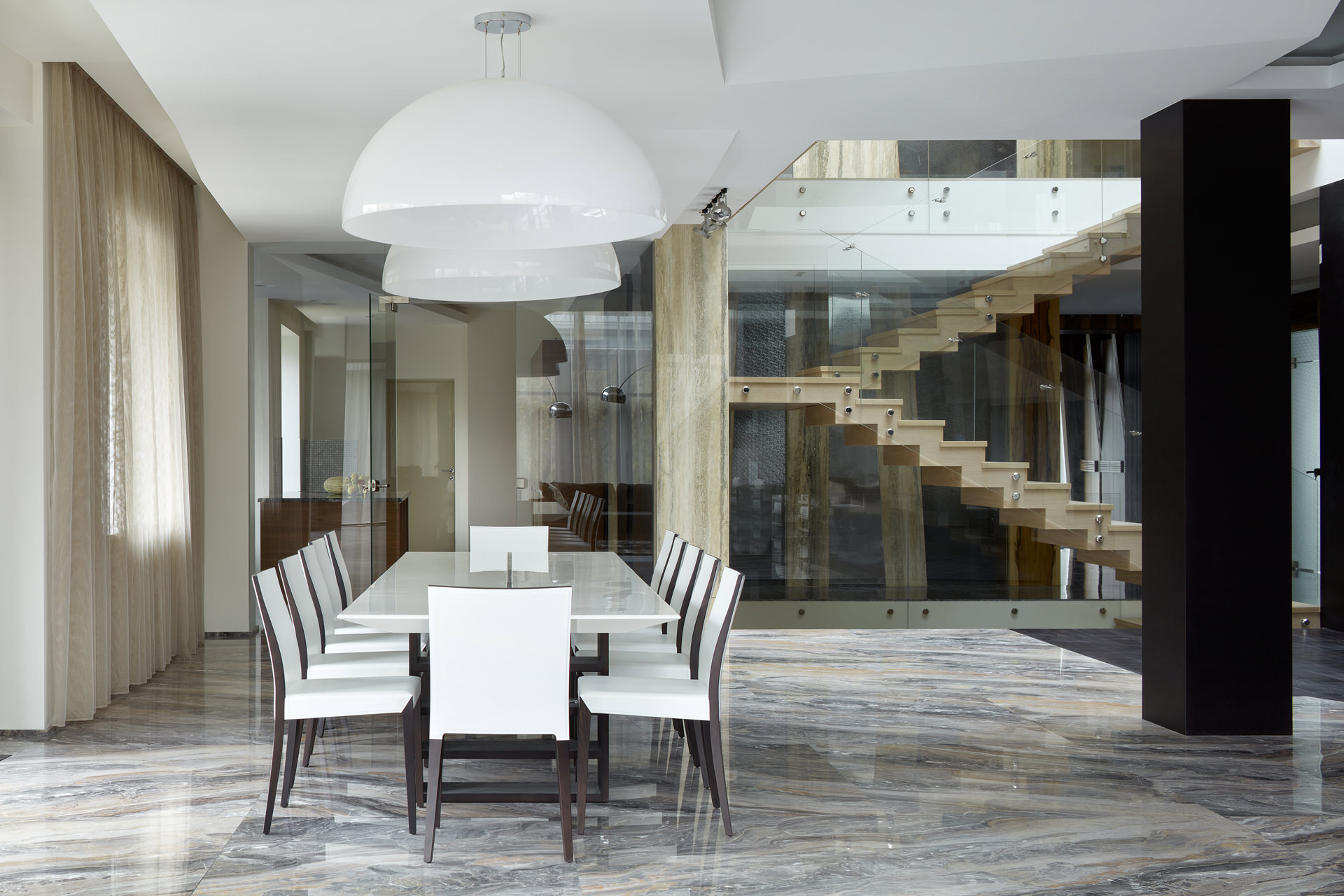 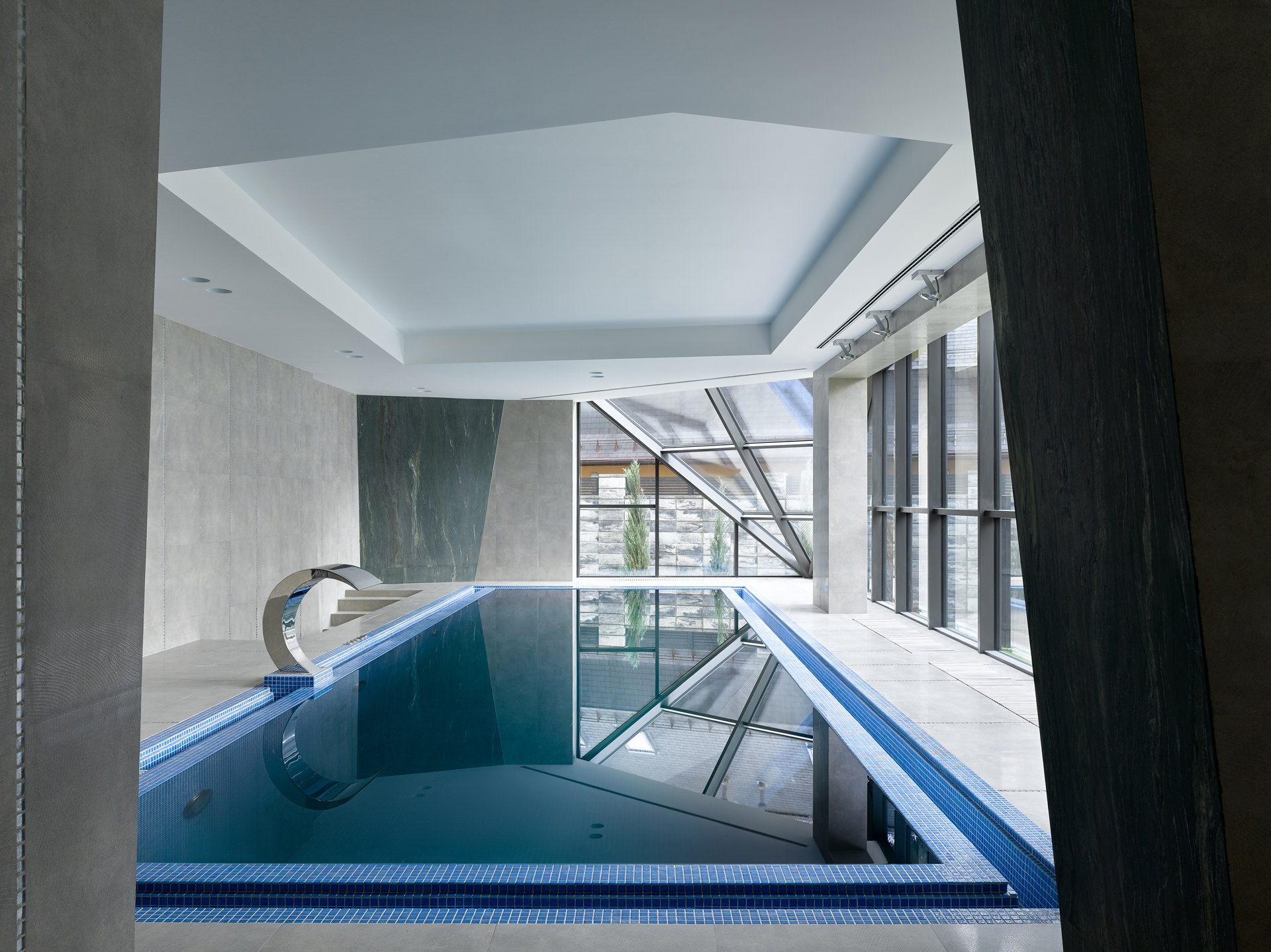 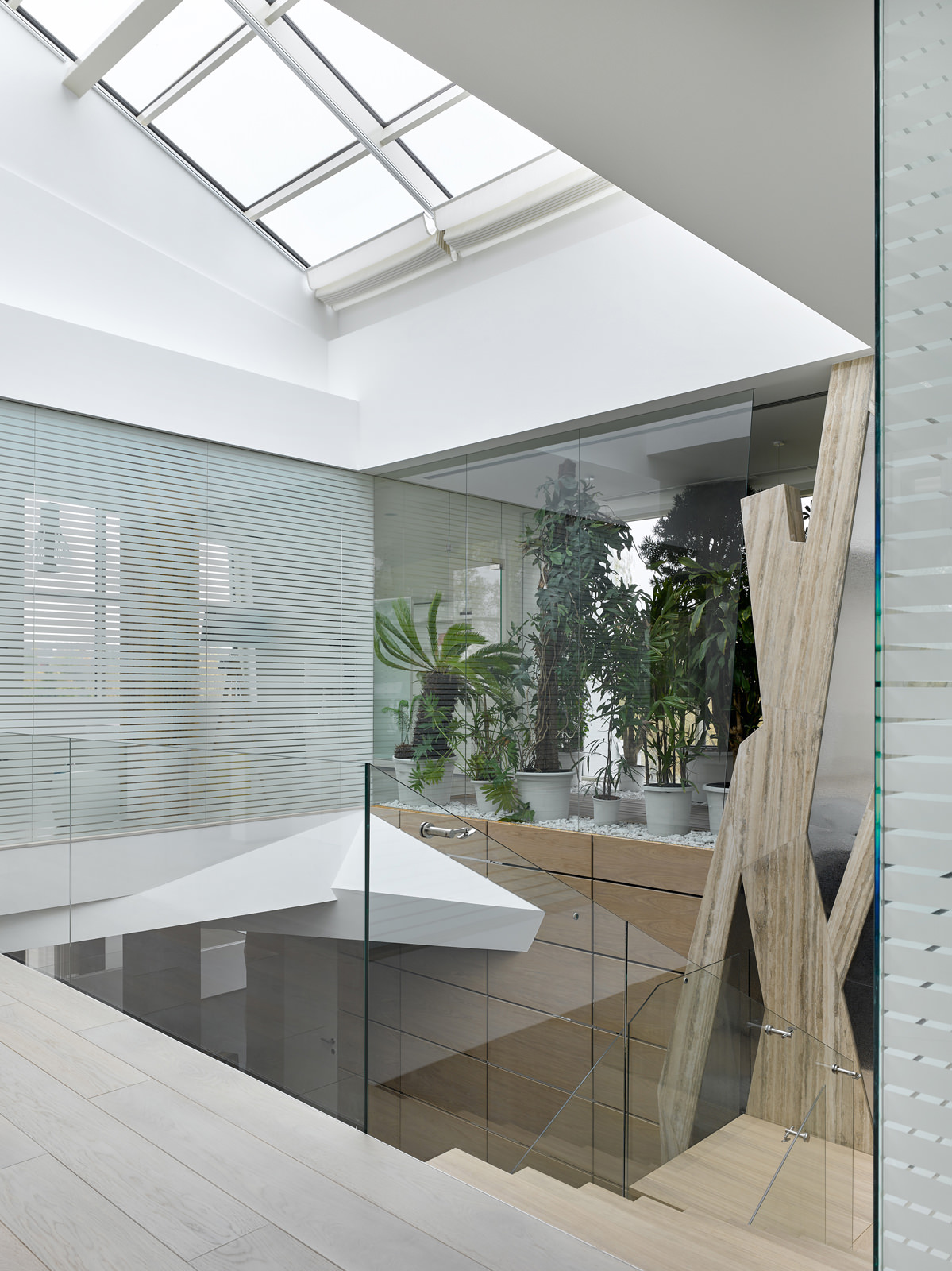 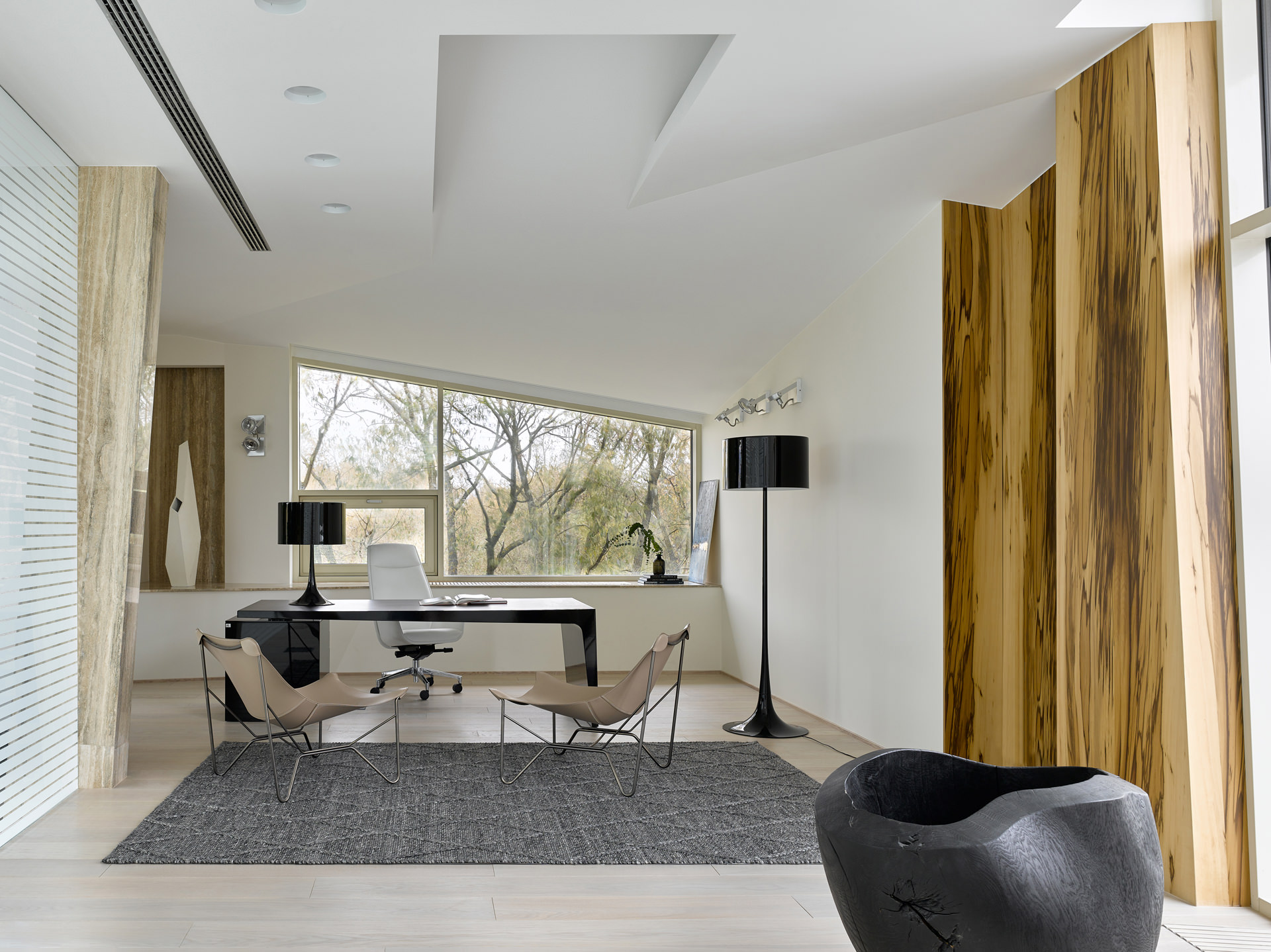 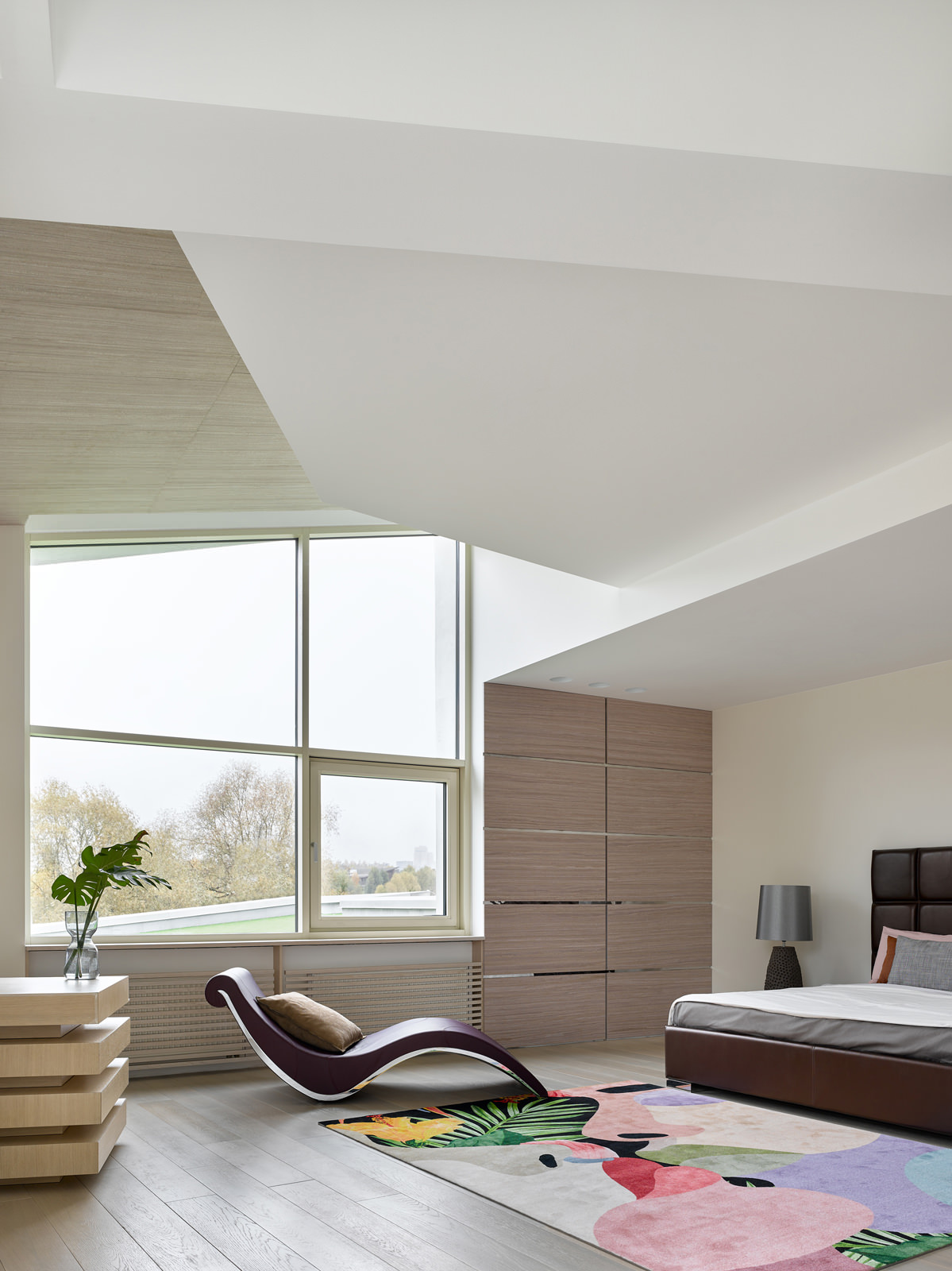 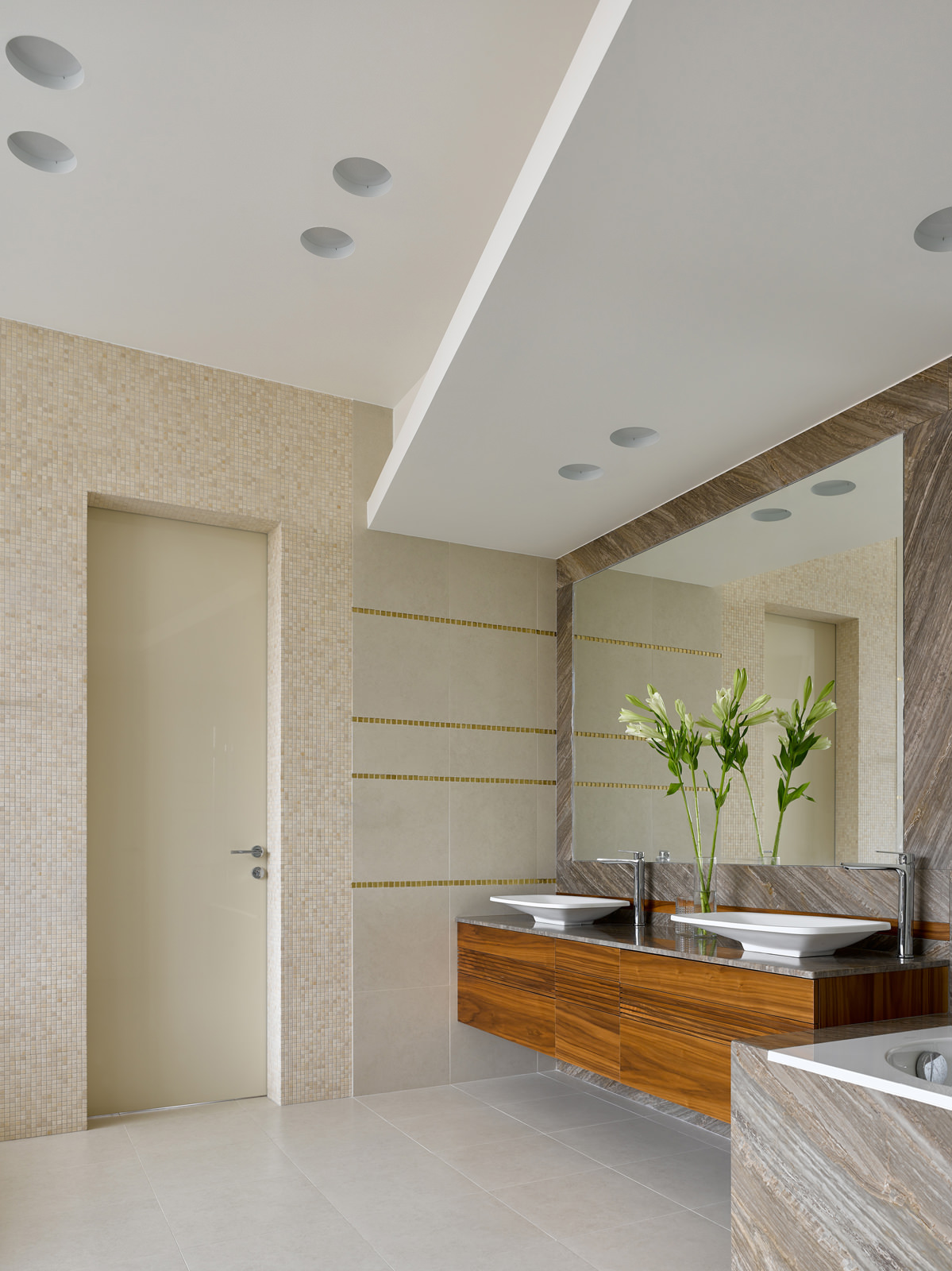 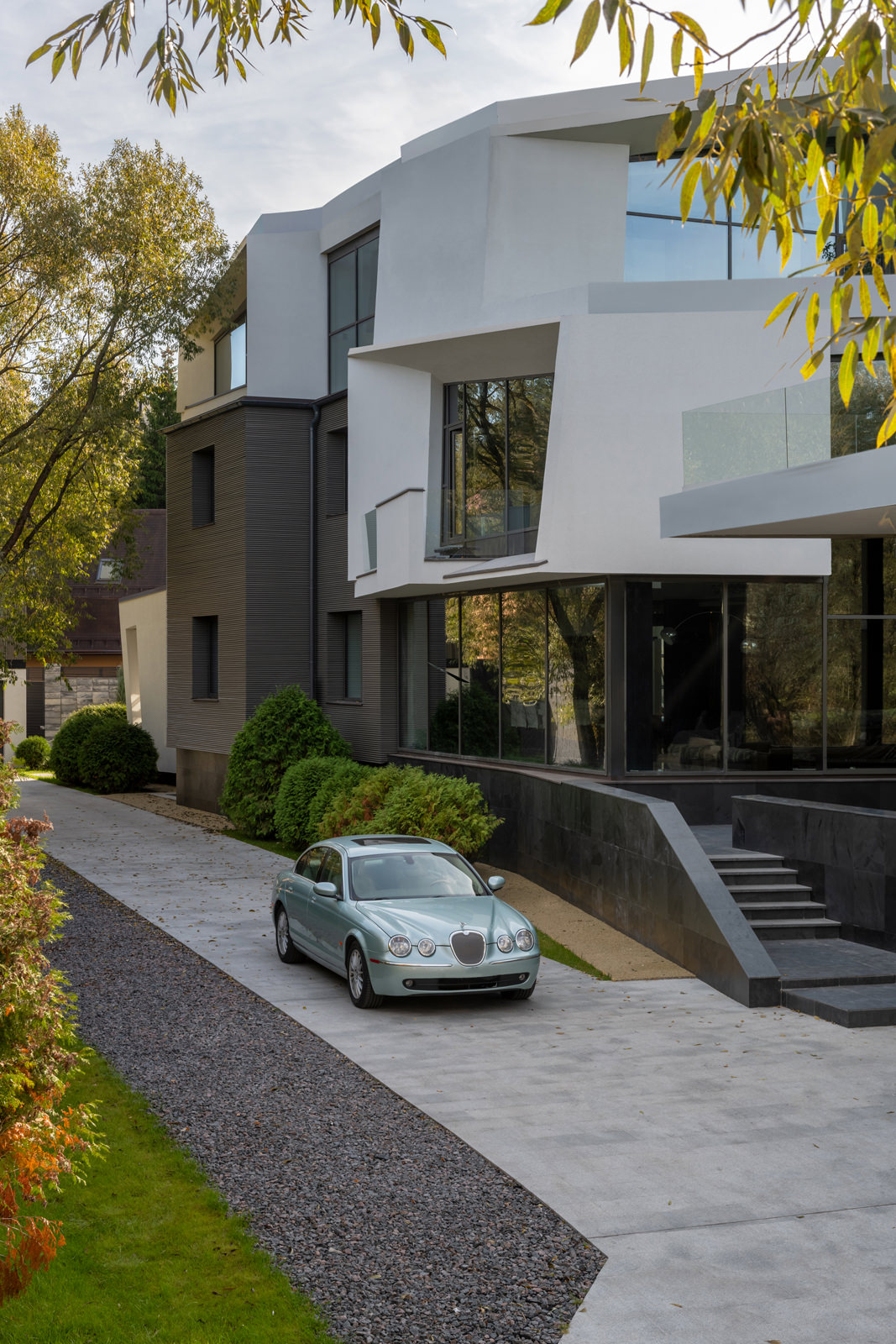 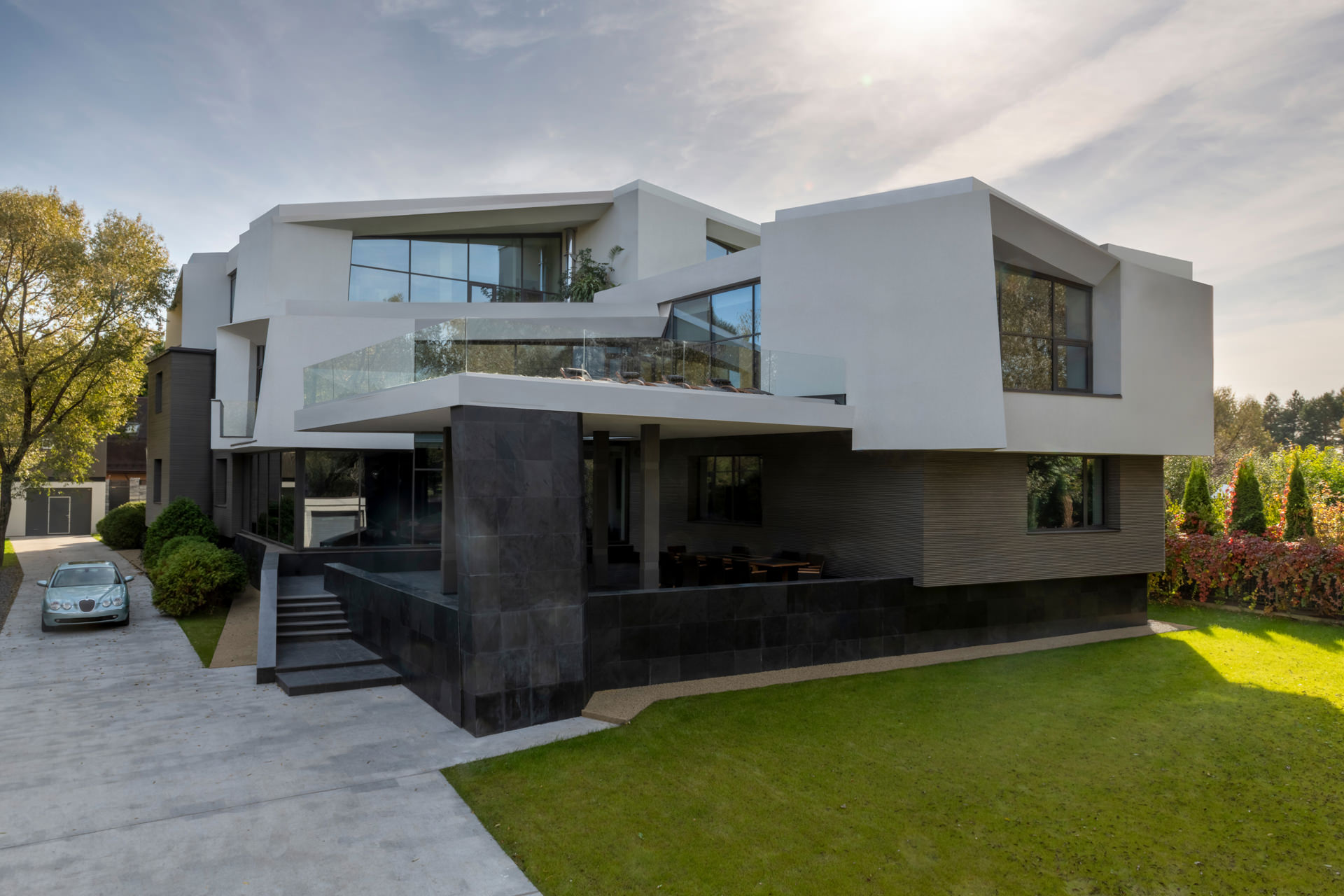 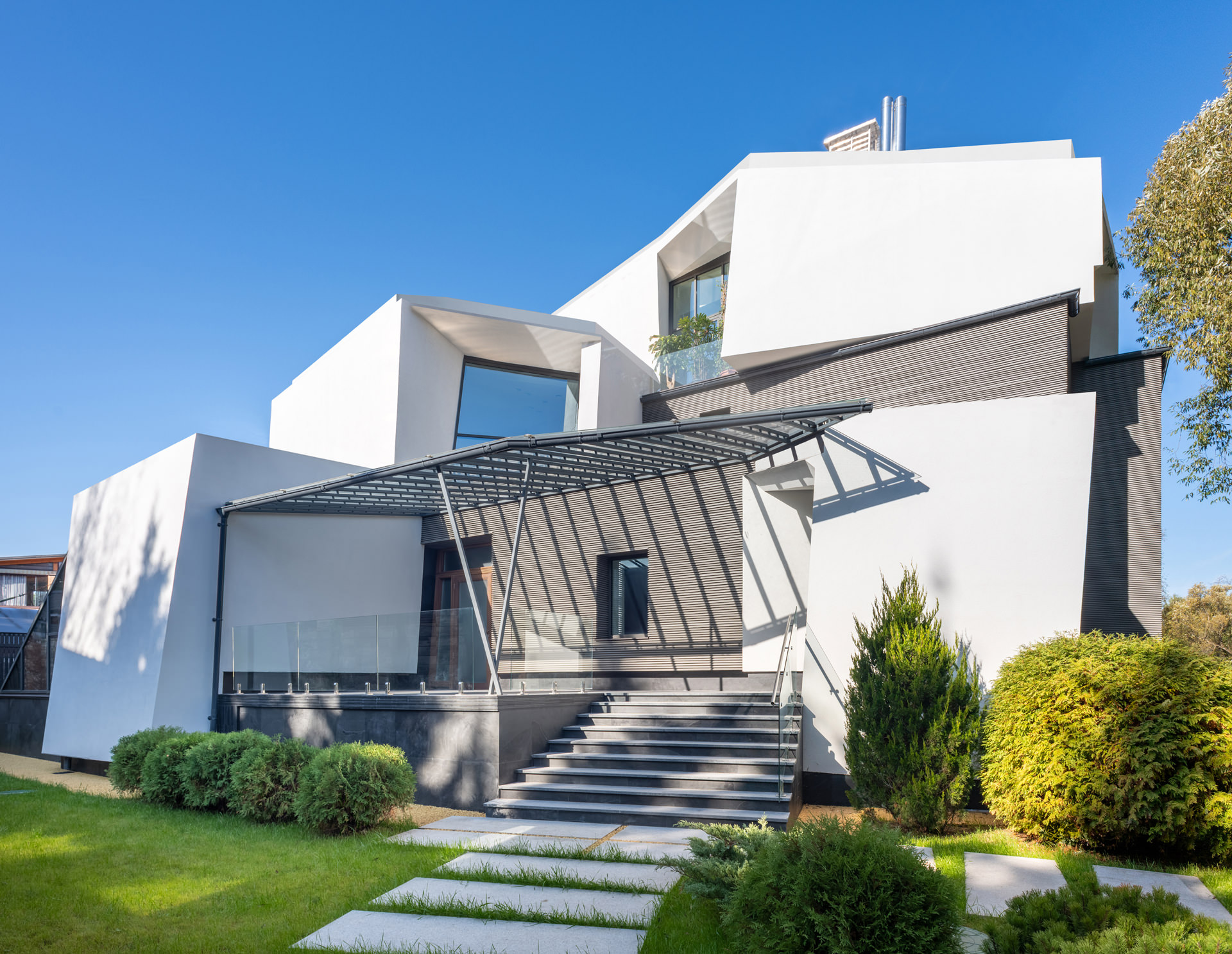 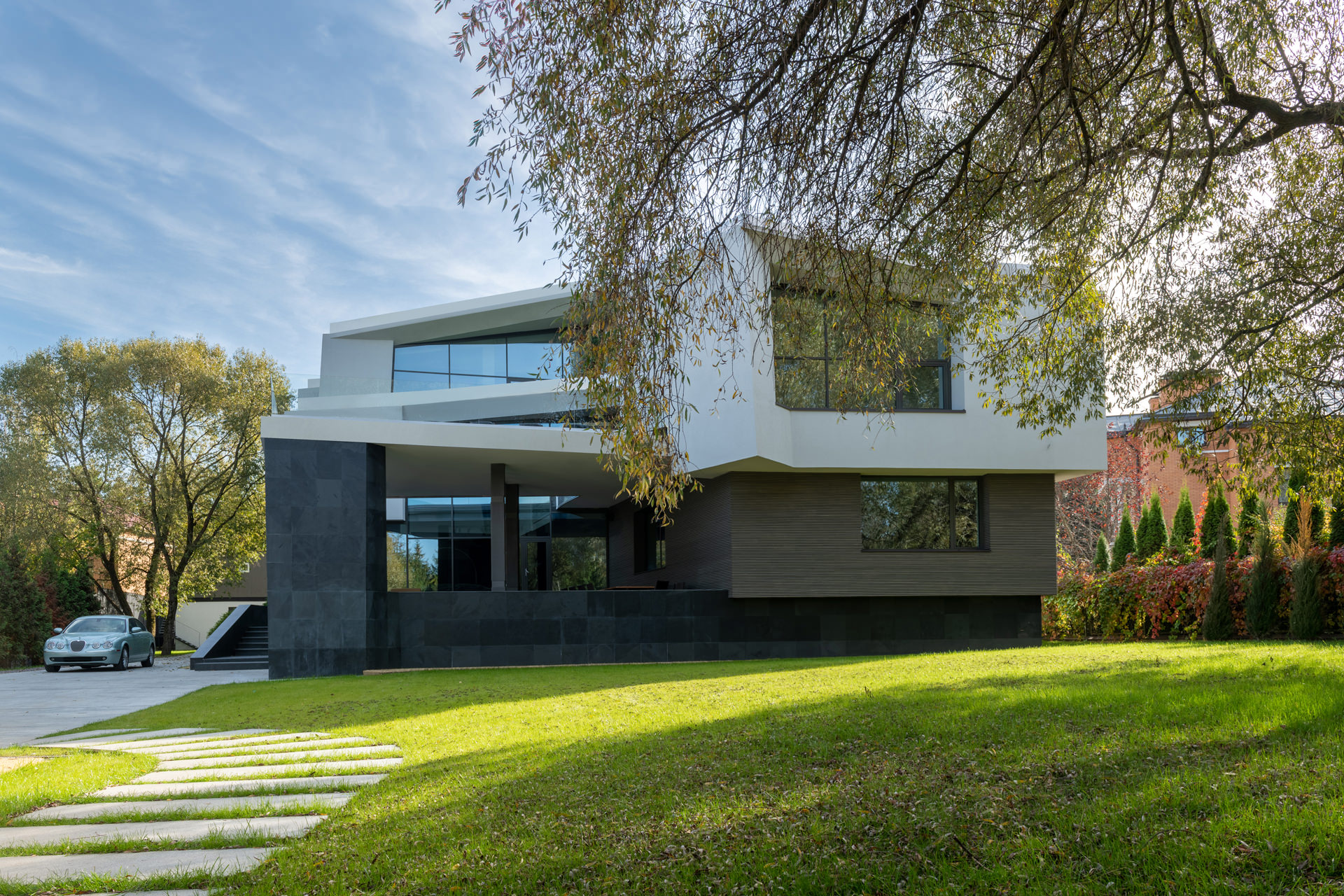 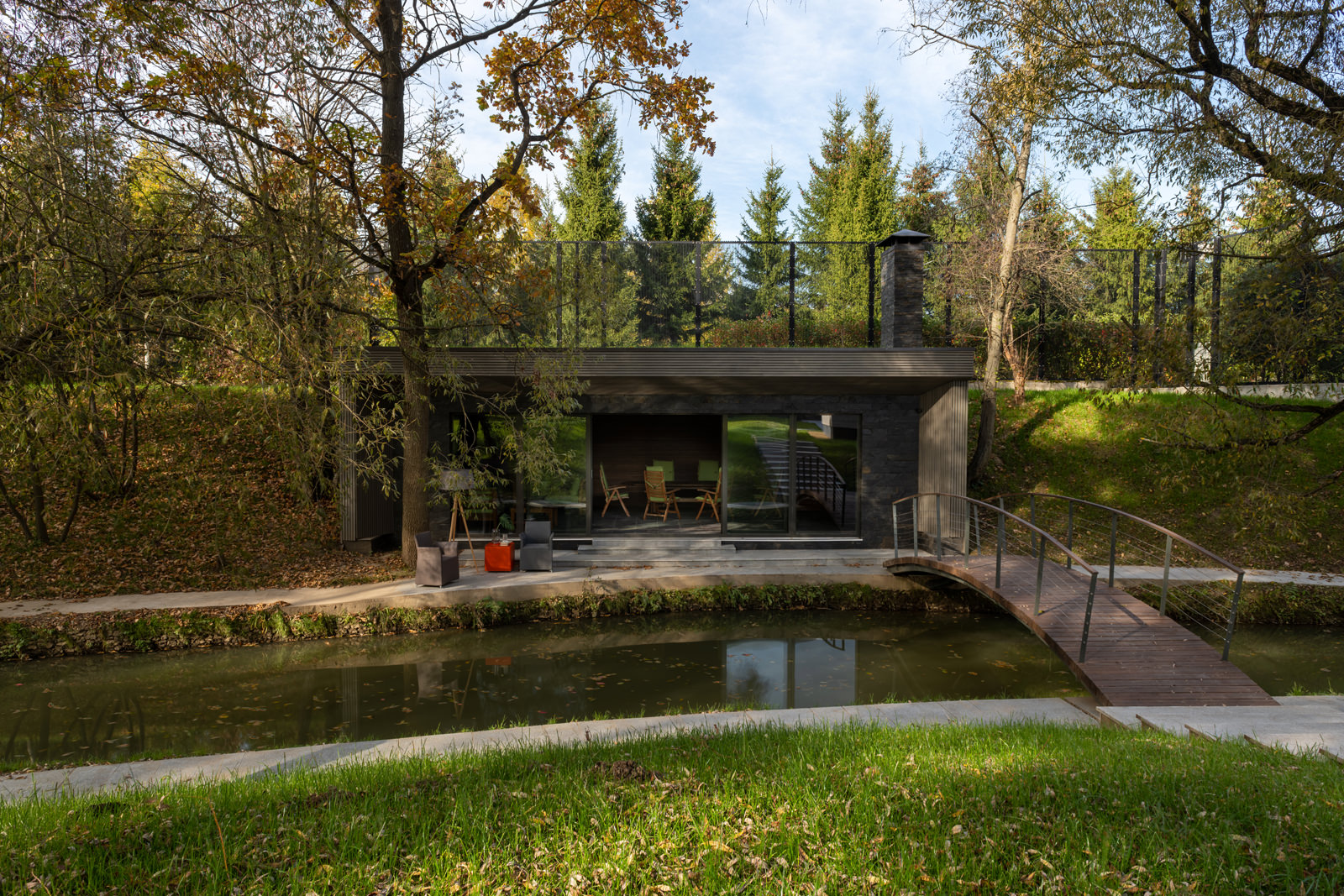