The purpose of Lyra is to create indirect light in grand spaces. Our collection consists of three kinds of pieces, two of which have reflective surfaces – one smaller and one larger – and a luminaire, which is the smallest of the trio. It illuminates the two larger objects directly, so they can project indirect light under them, giving an interesting illumination effect. The different functions of the parts complement each other, creating a duality which represents the interdependence of opposite functions.

The collection was made for the lobby of upper-middle-class hotels, and could work particularly well in high spaces, reflecting the natural light of the sun during the day and illuminating the space at night.

The outer surfaces of the larger pieces in the collection are covered with acoustic foam and textile so in addition to reflecting light they can also dampen the unwanted reflection of sounds.

The luminaire’s outer sphere would be made out of copper (the same material as the reflective surfaces) manufactured with metal spinning technology. The fixtures would hang from the ceiling from steel pipes, fixing their position and rotation in space. The distance and angle of the lighting fixtures and their reflective parts are predetermined and can be assembled in two sizes (based on the diameter of the reflective parts). The luminaire’s cables would be hidden inside the pipes, going up to the electronics and transformer at the ceiling hidden by a metal plate holding the fixtures’ relative position in place. 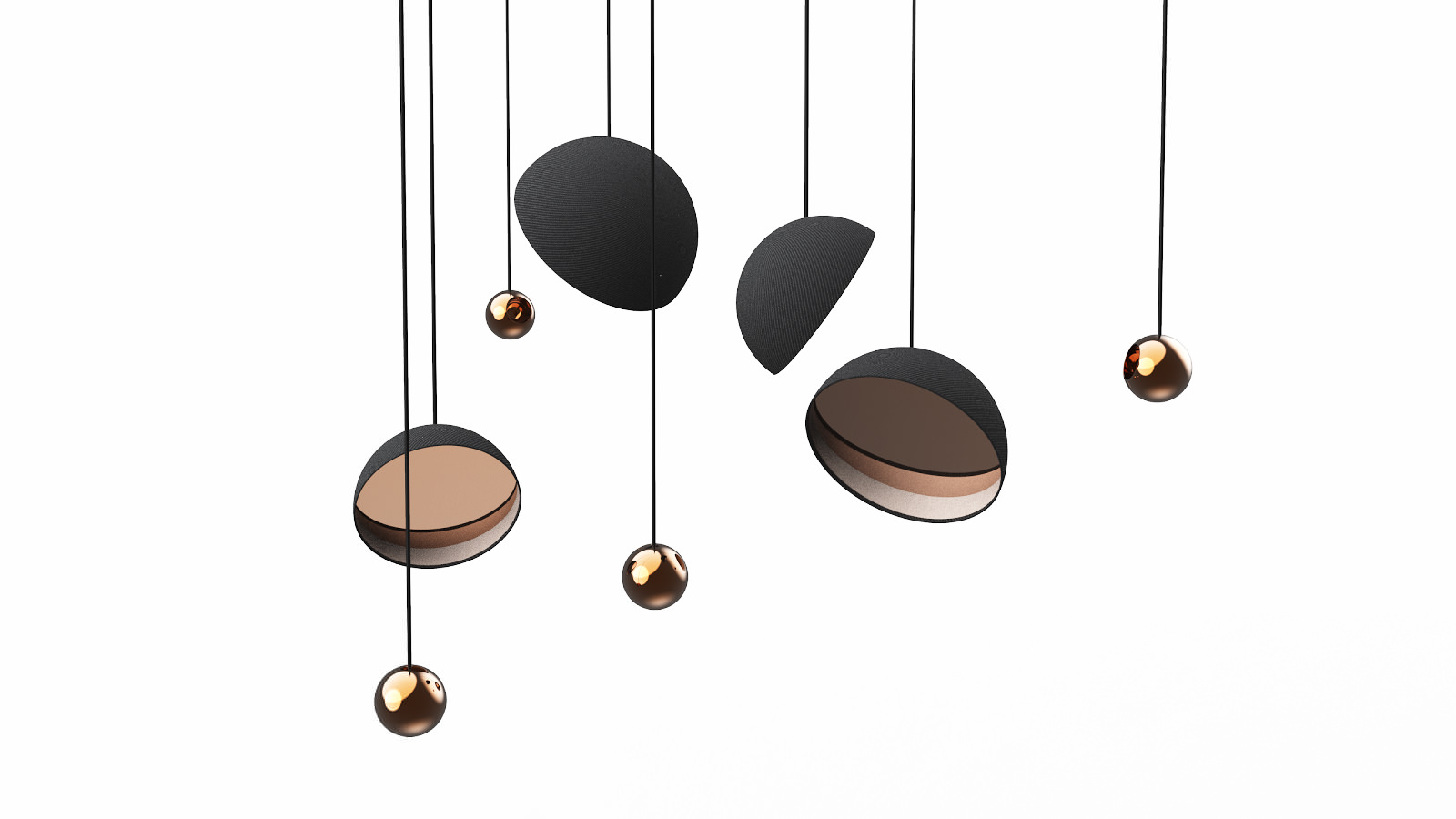 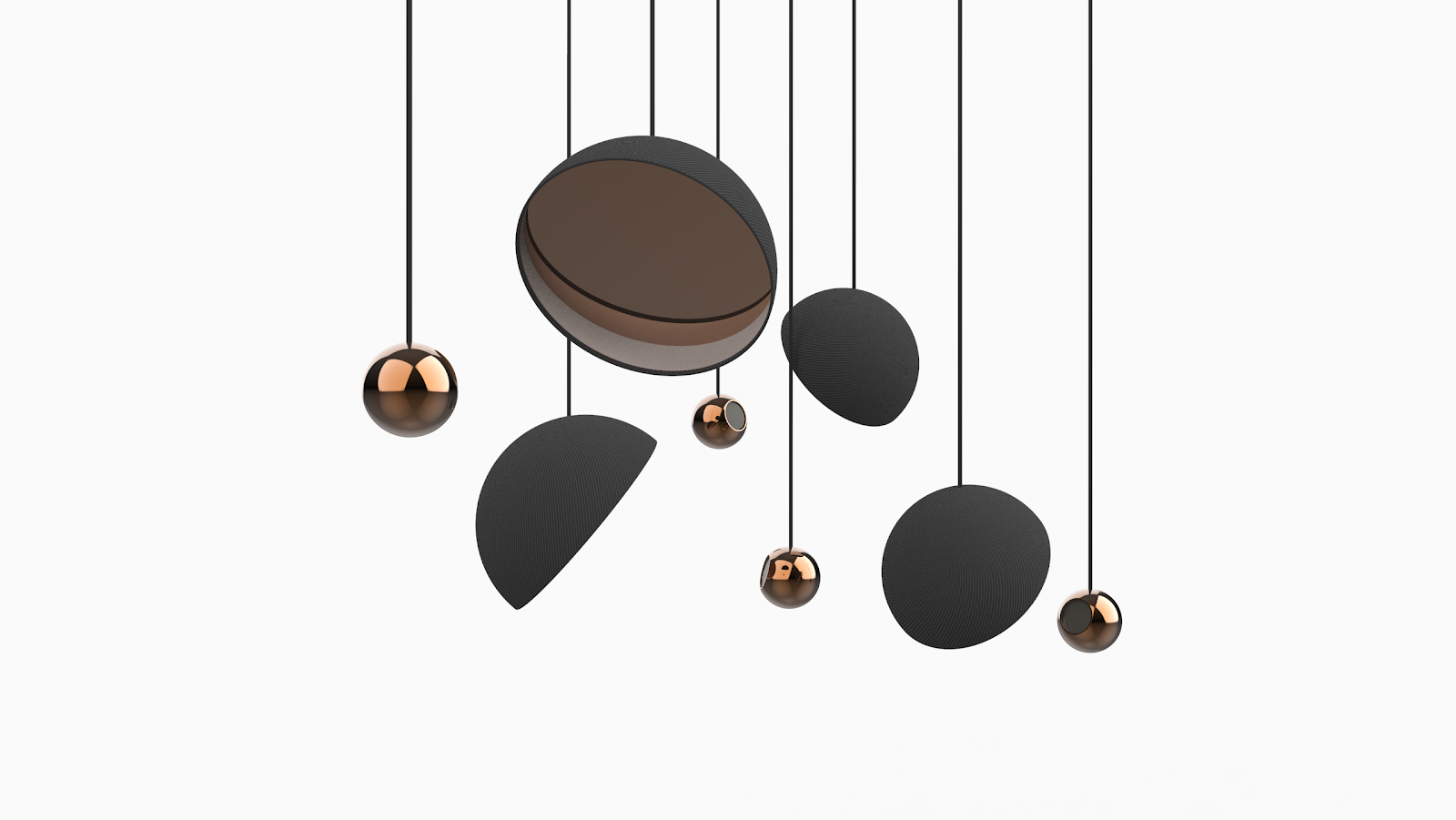 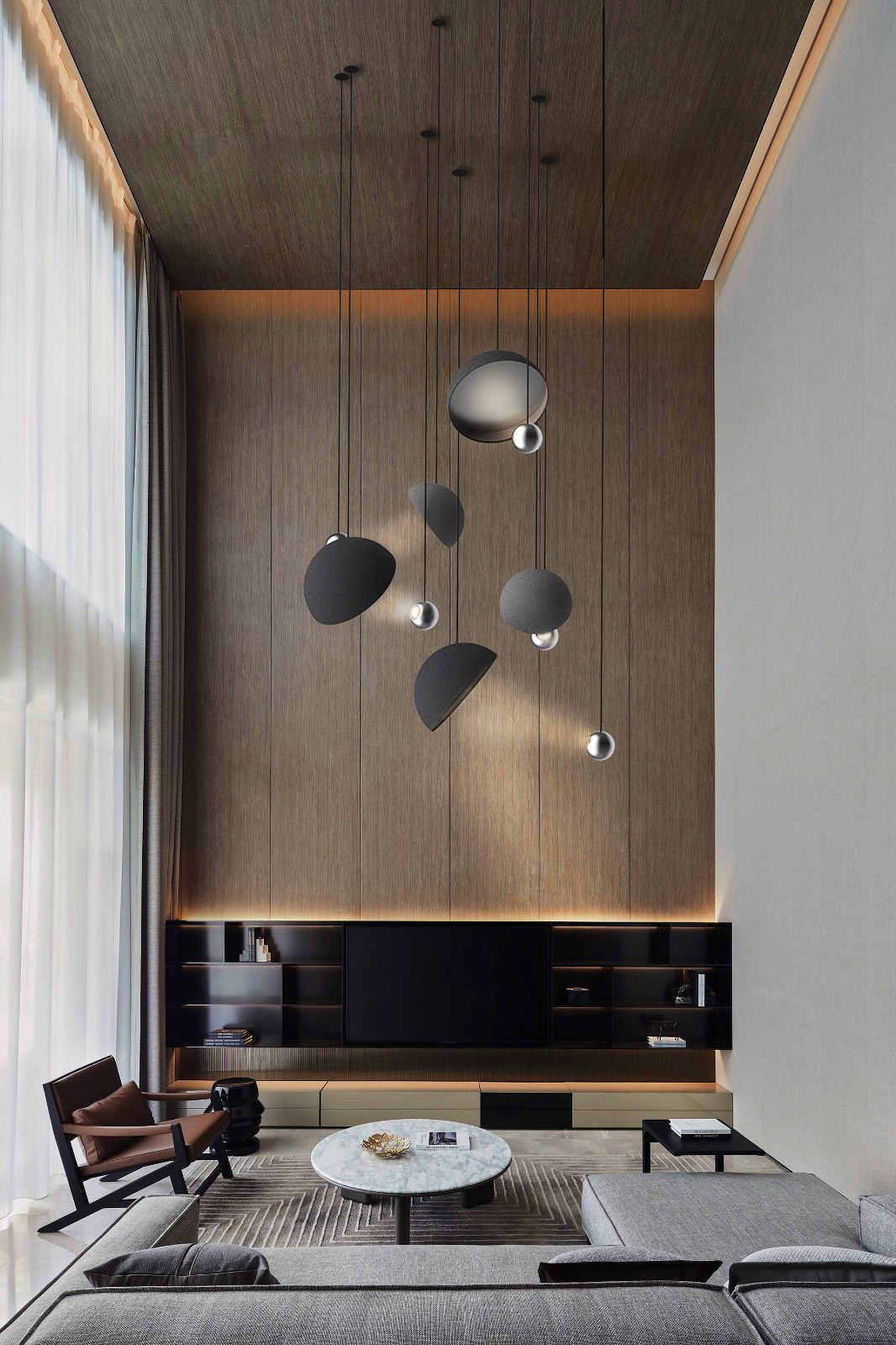 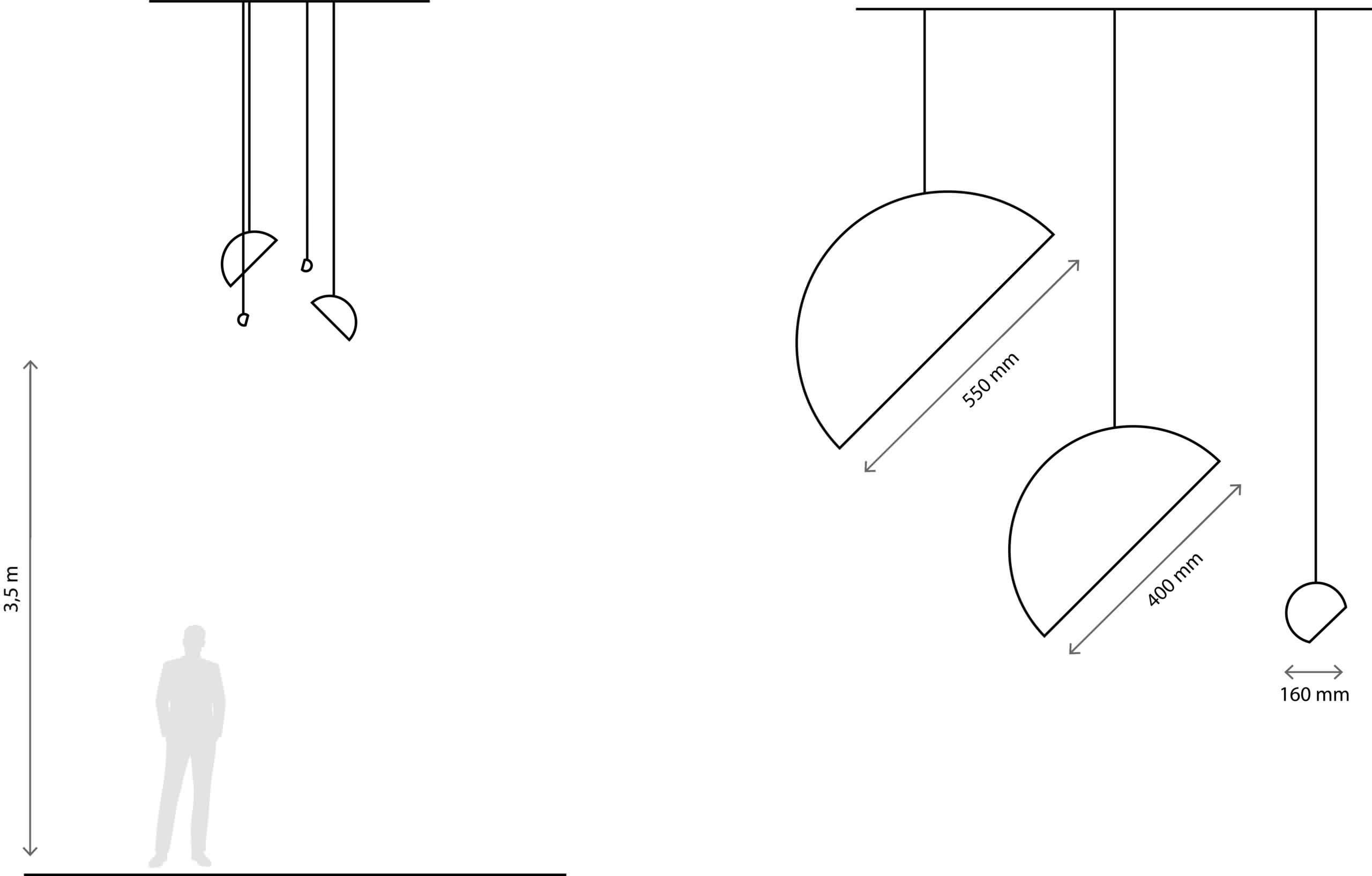 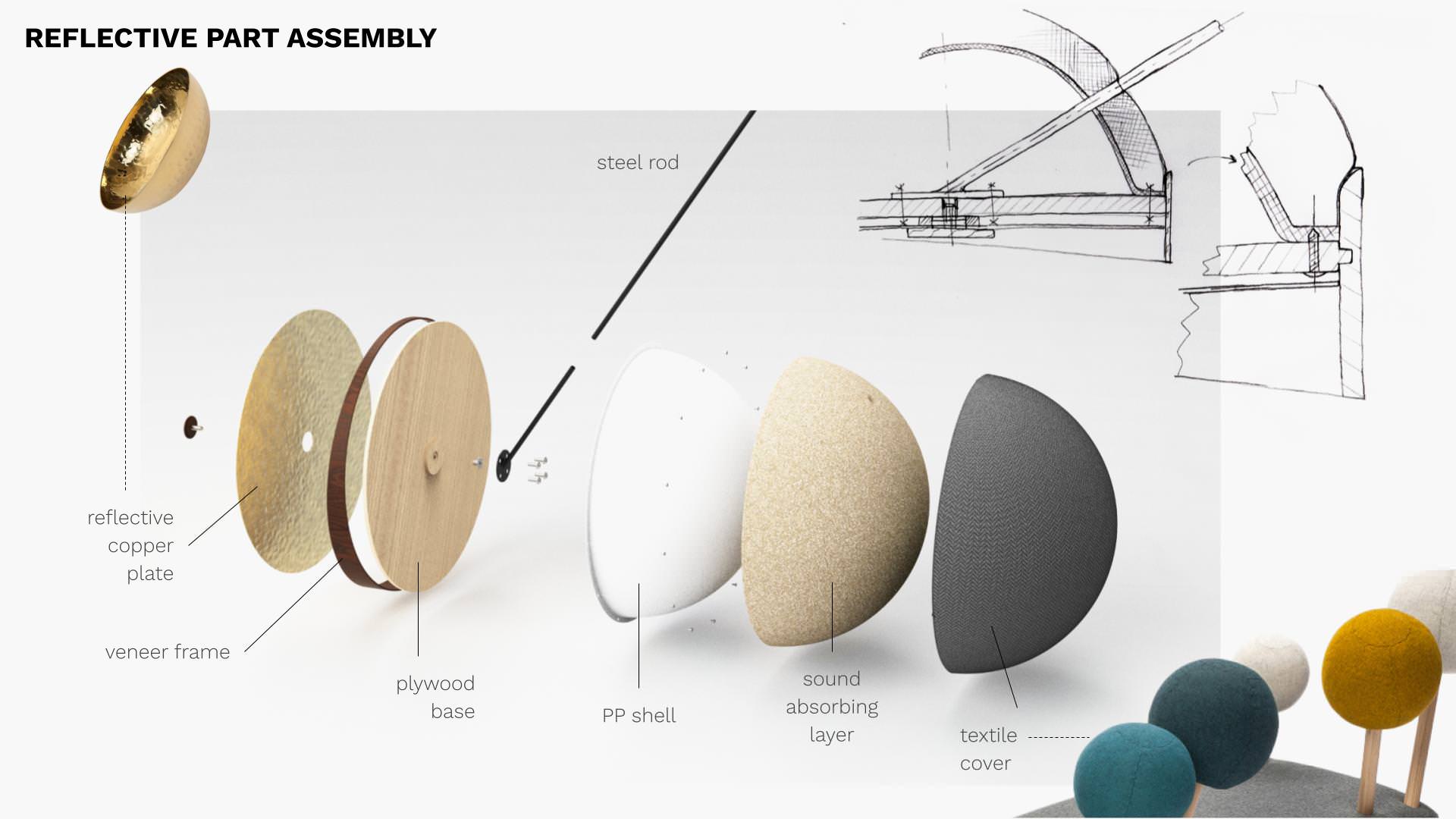 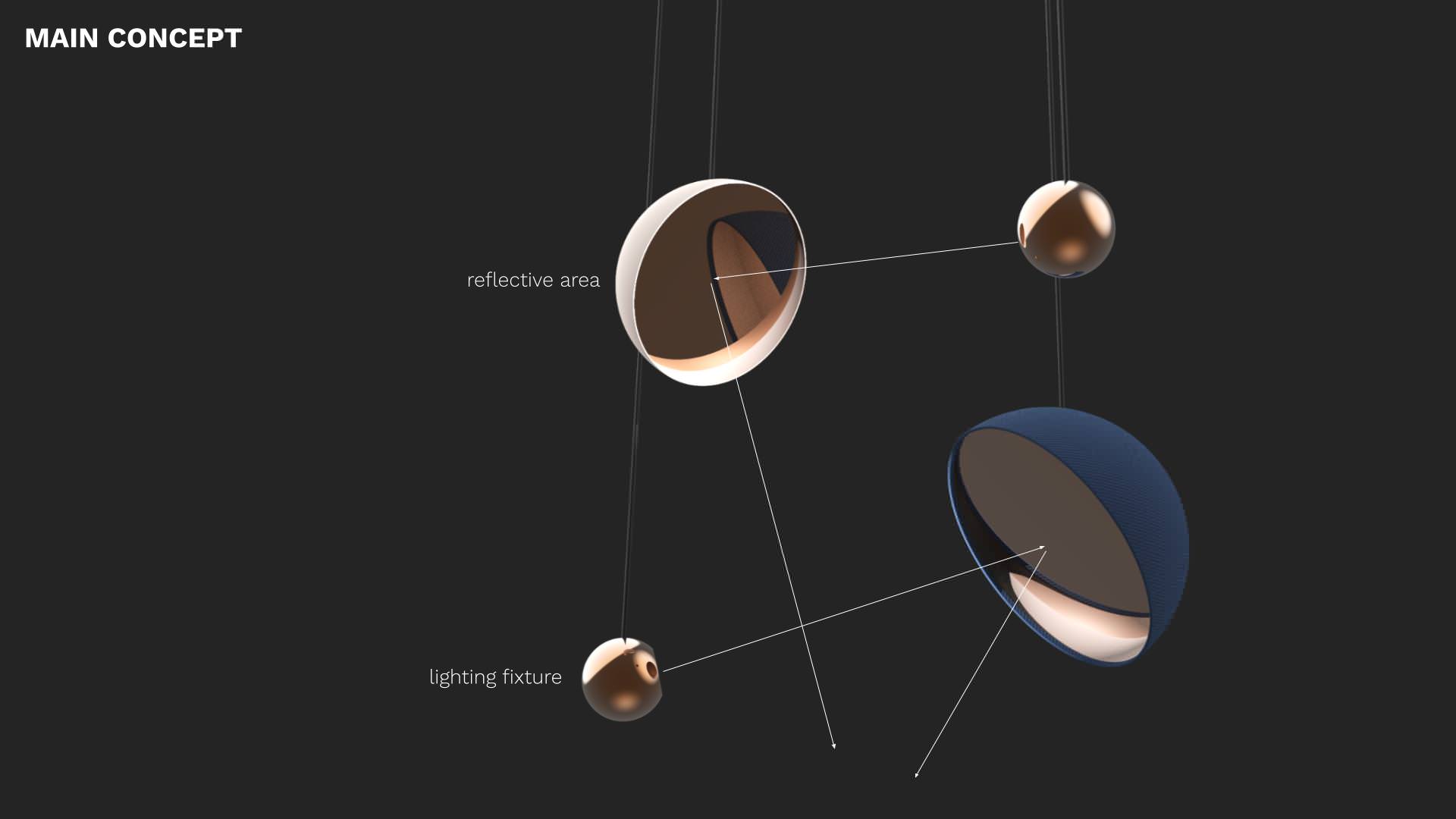 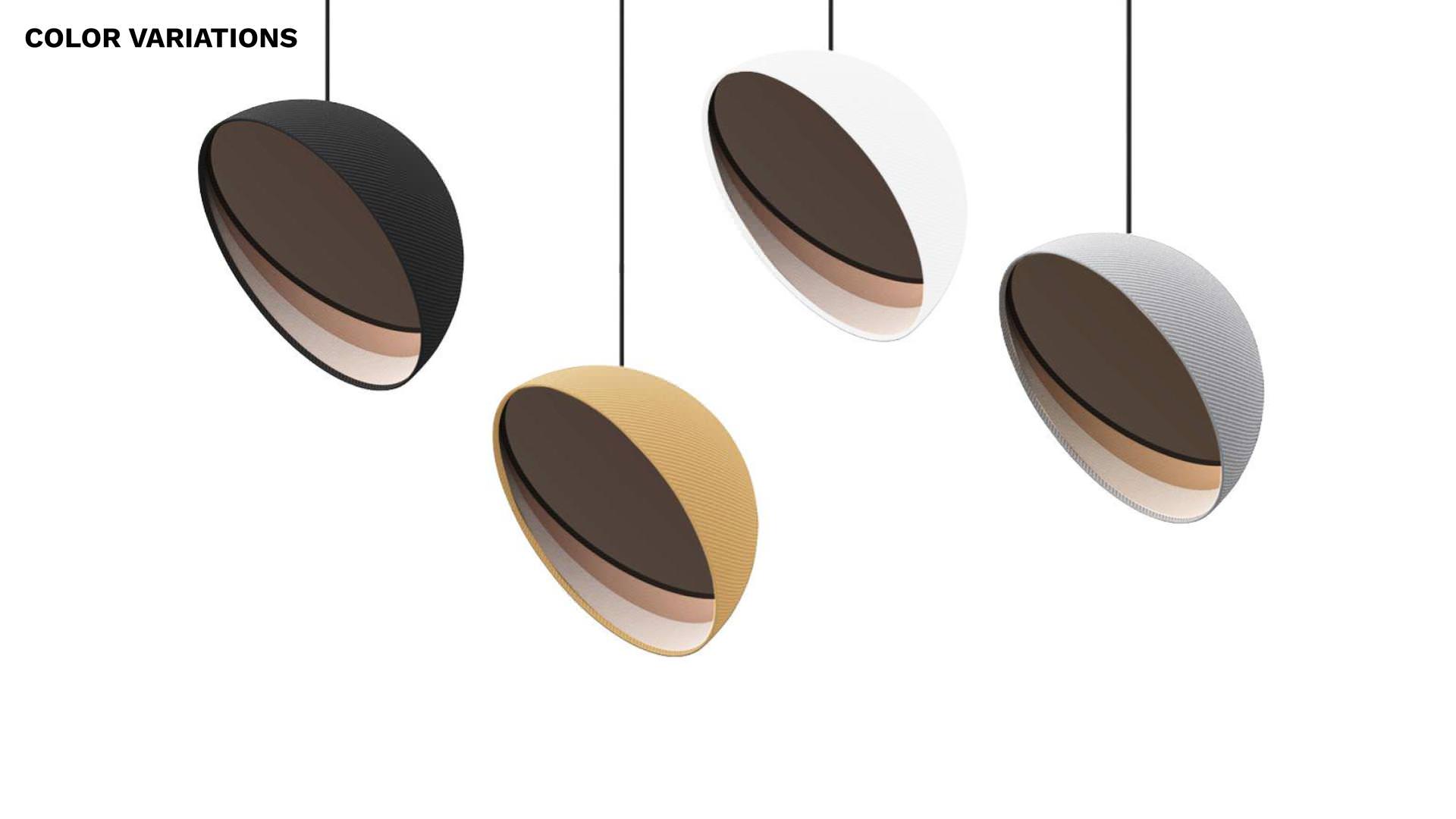 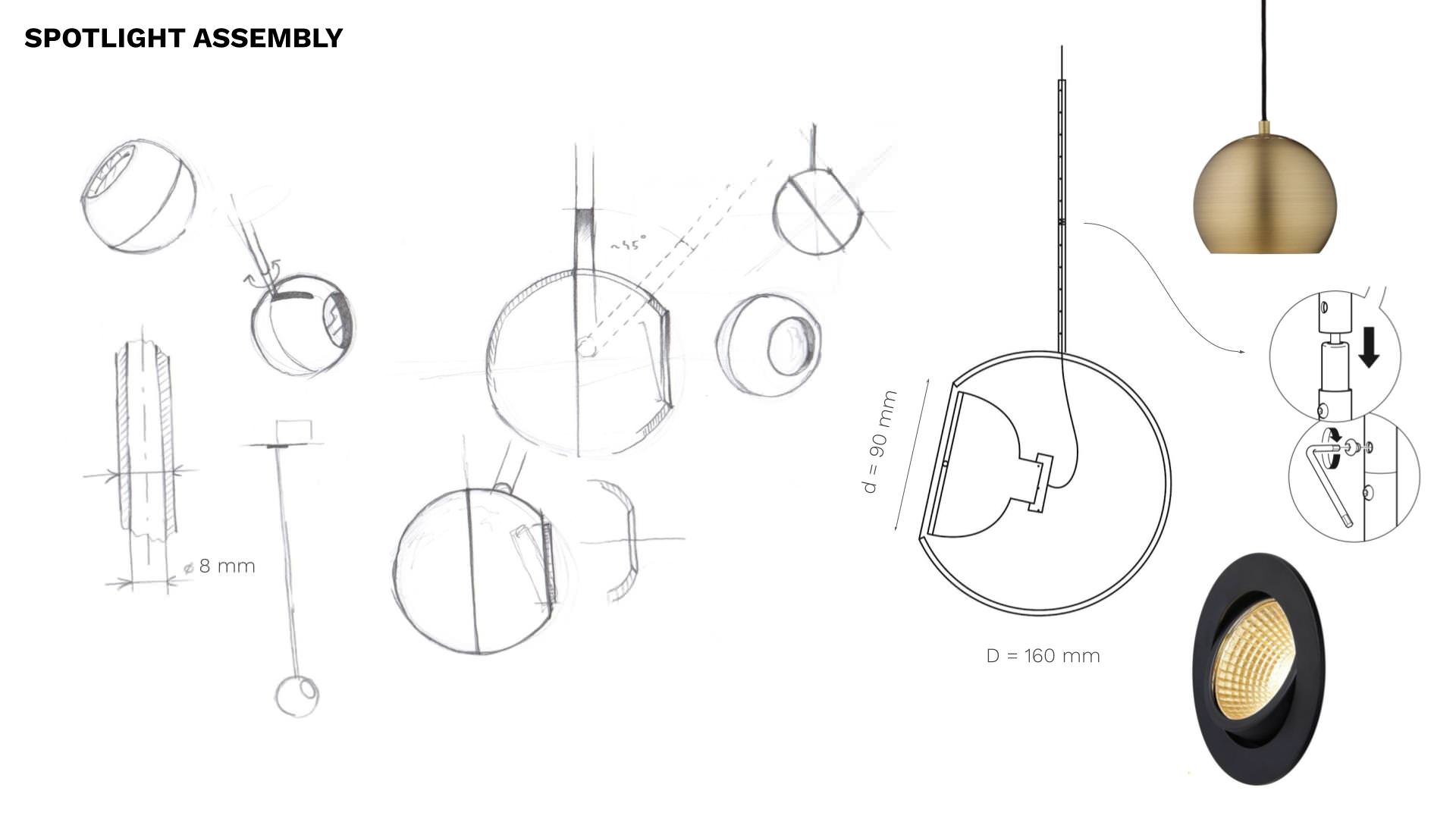 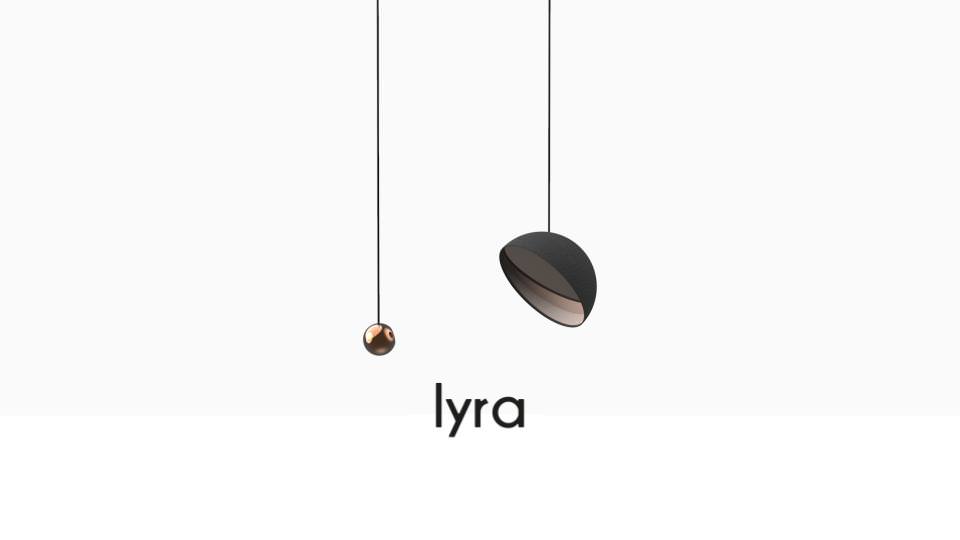 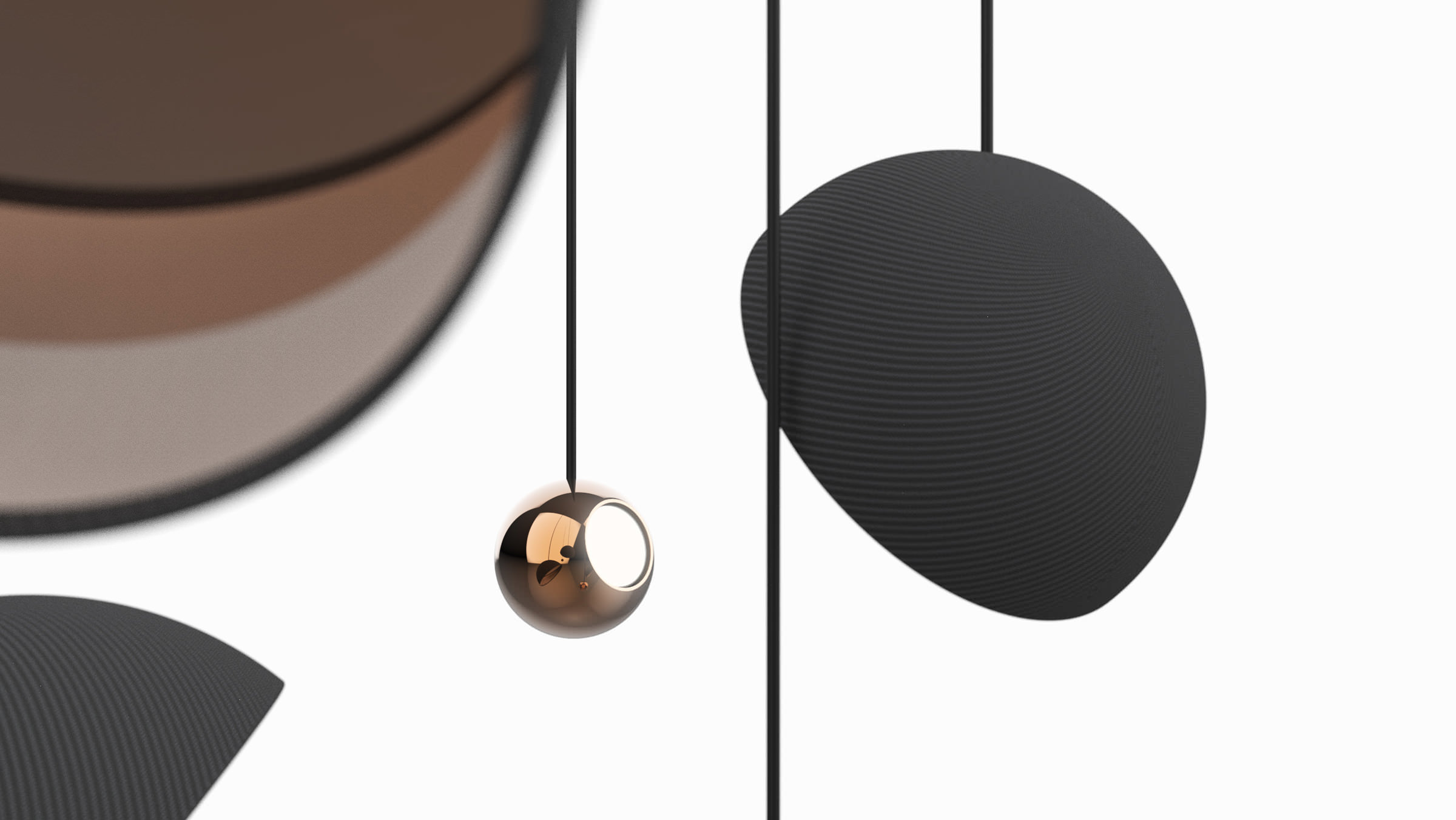 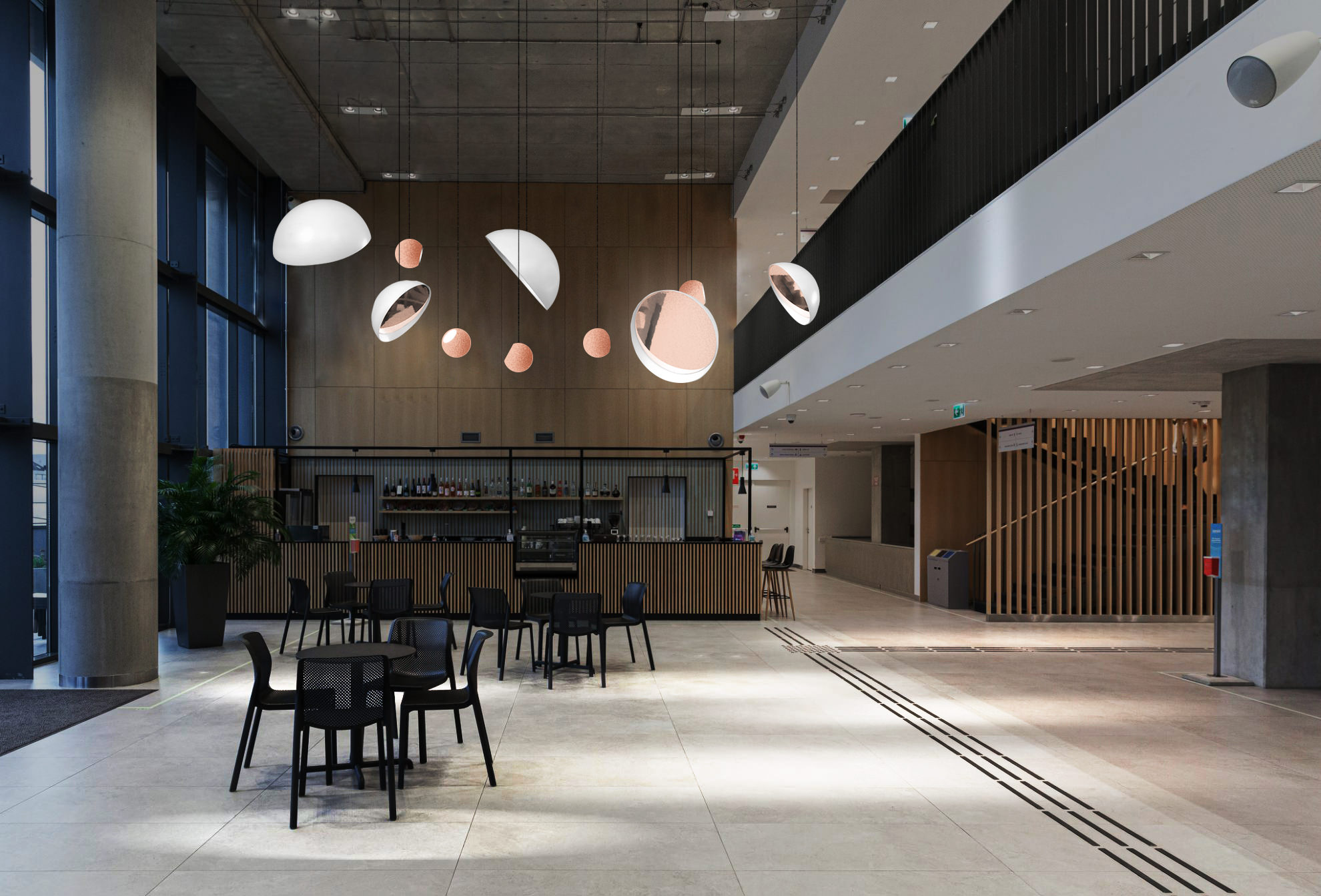 Description provided by the authors of the project.