The initial idea of designer was to create a unfragmented stone object with an attractive appearance. since the combination of glass and stone has always been attractive due to their nature contrasting ,he decided to put a glass heart inside the stone. By installing a light source inside the stone, it was possible to shine its beauty from inside. The appearance of this artwork is designed parametrically with the bottom-up approach .designer has been inspired from beautiful ceiling designs and colored glasses of Nasir Al-Mulk Mosque in Shiraz. In the base part of the design, there are indentations in the shape of a rhombus that decreases in depth as they approach the opening of the vase until they finally disappear. Also, in order to create more beauty, has been tried to observe the golden ratio in its proportions. The glass part can be filled with water and fresh plants also it can be removed for washing or filling of water 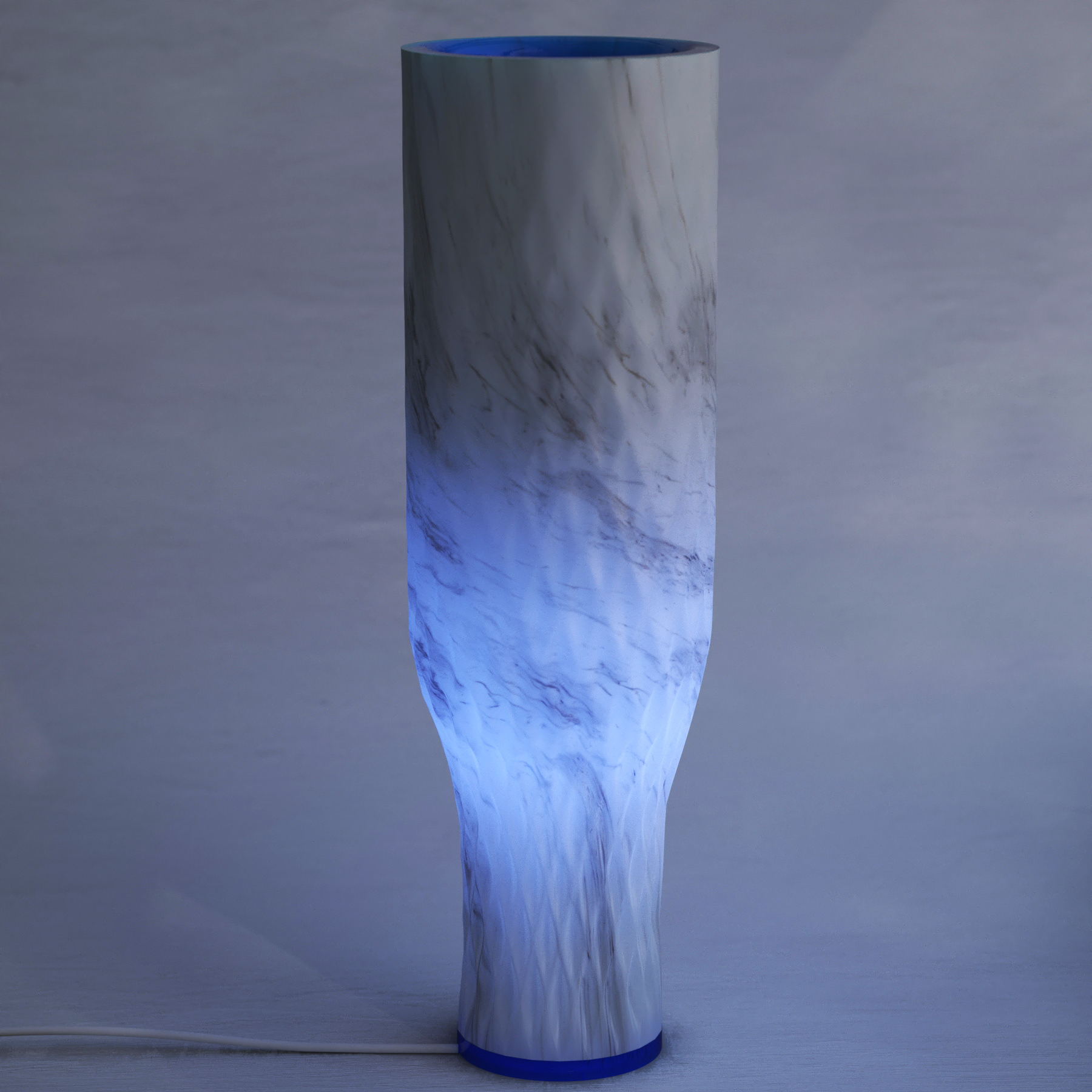 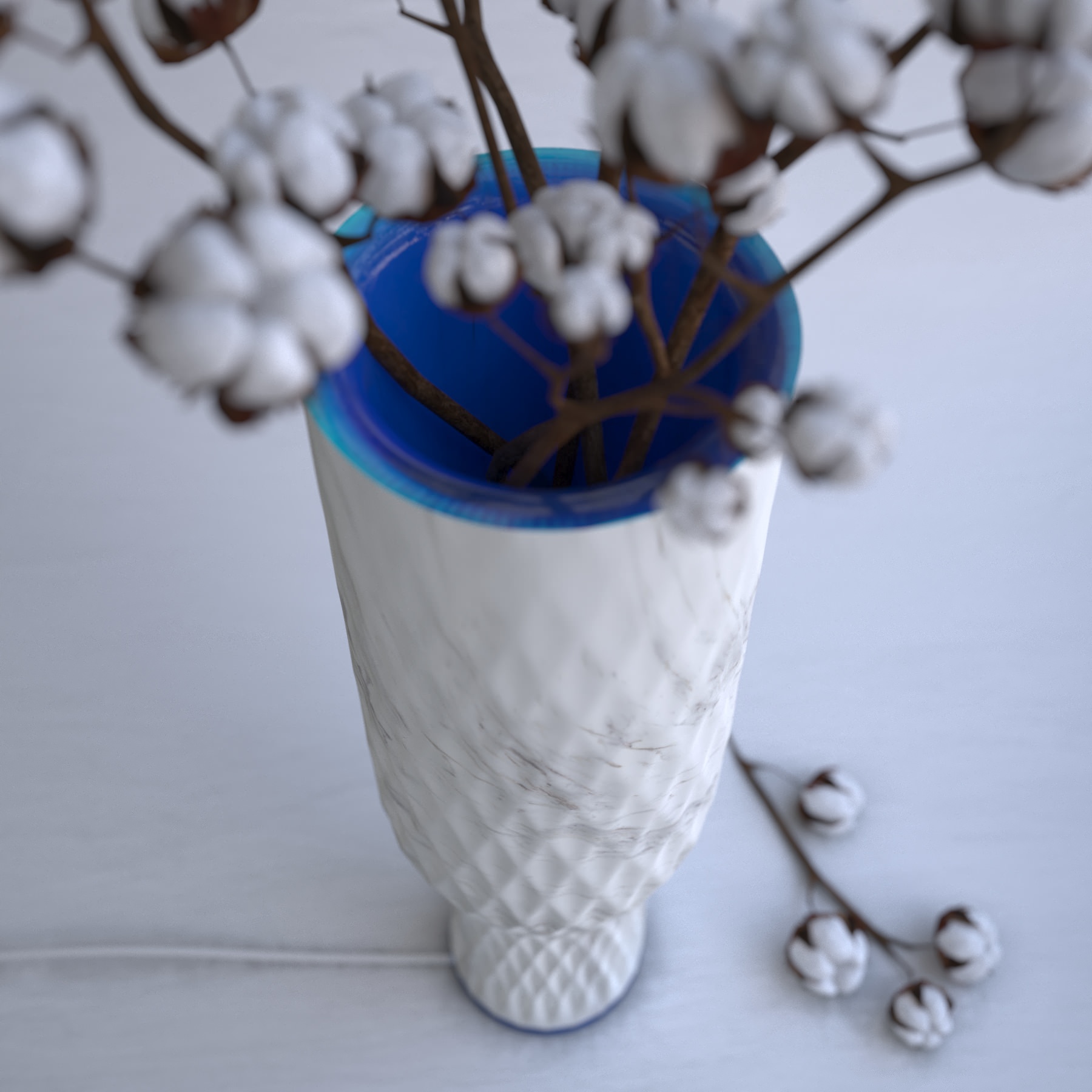 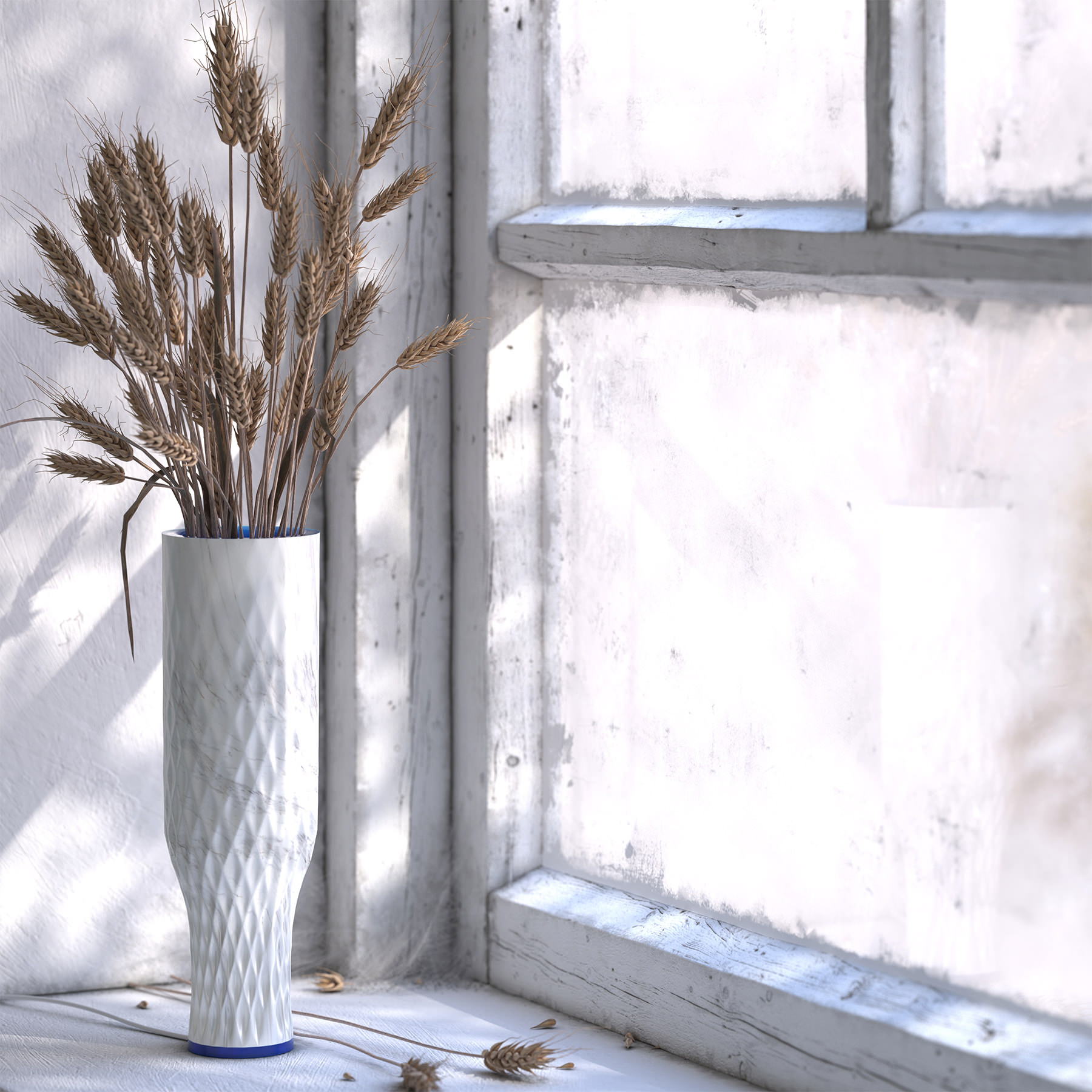 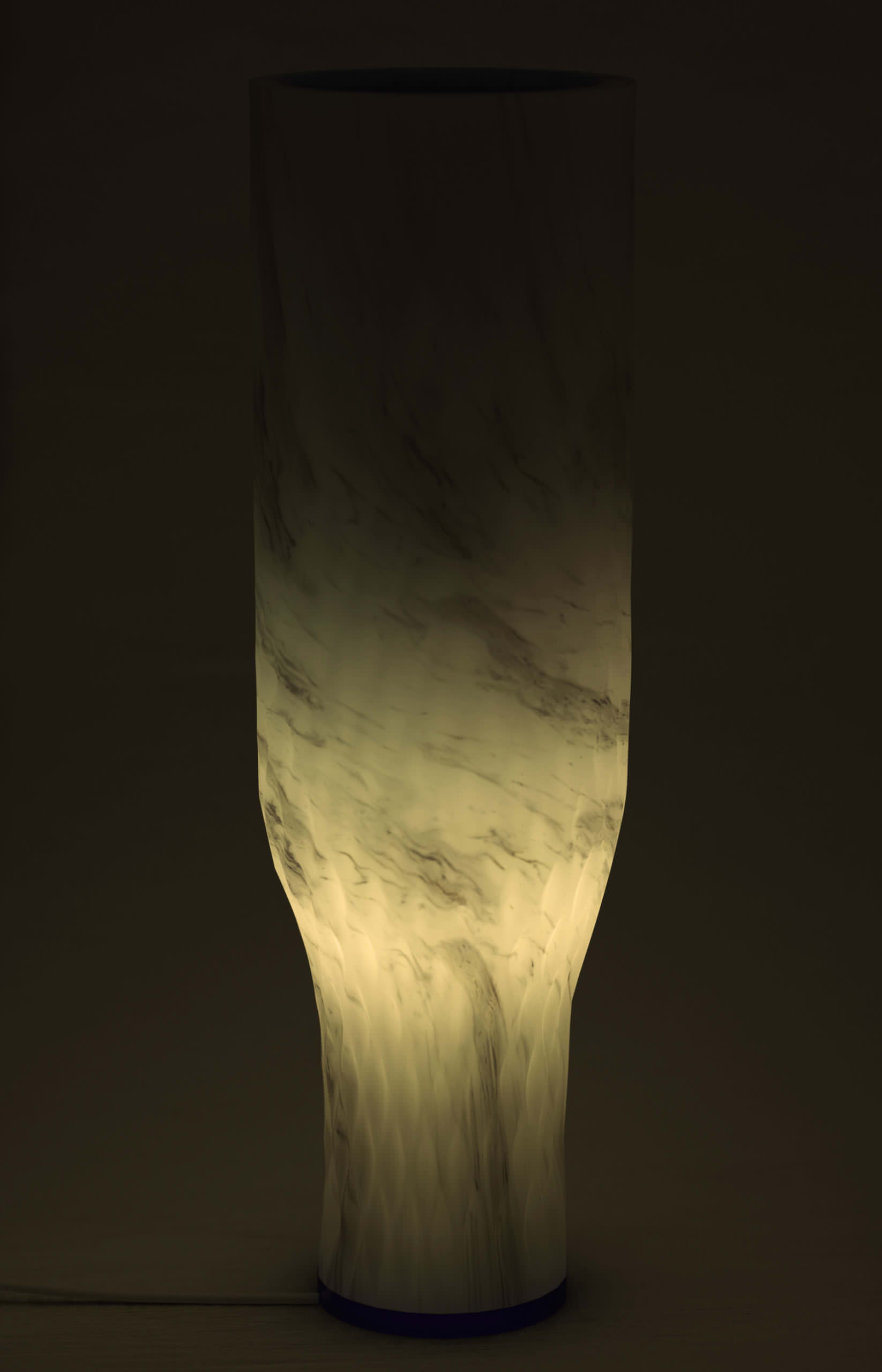 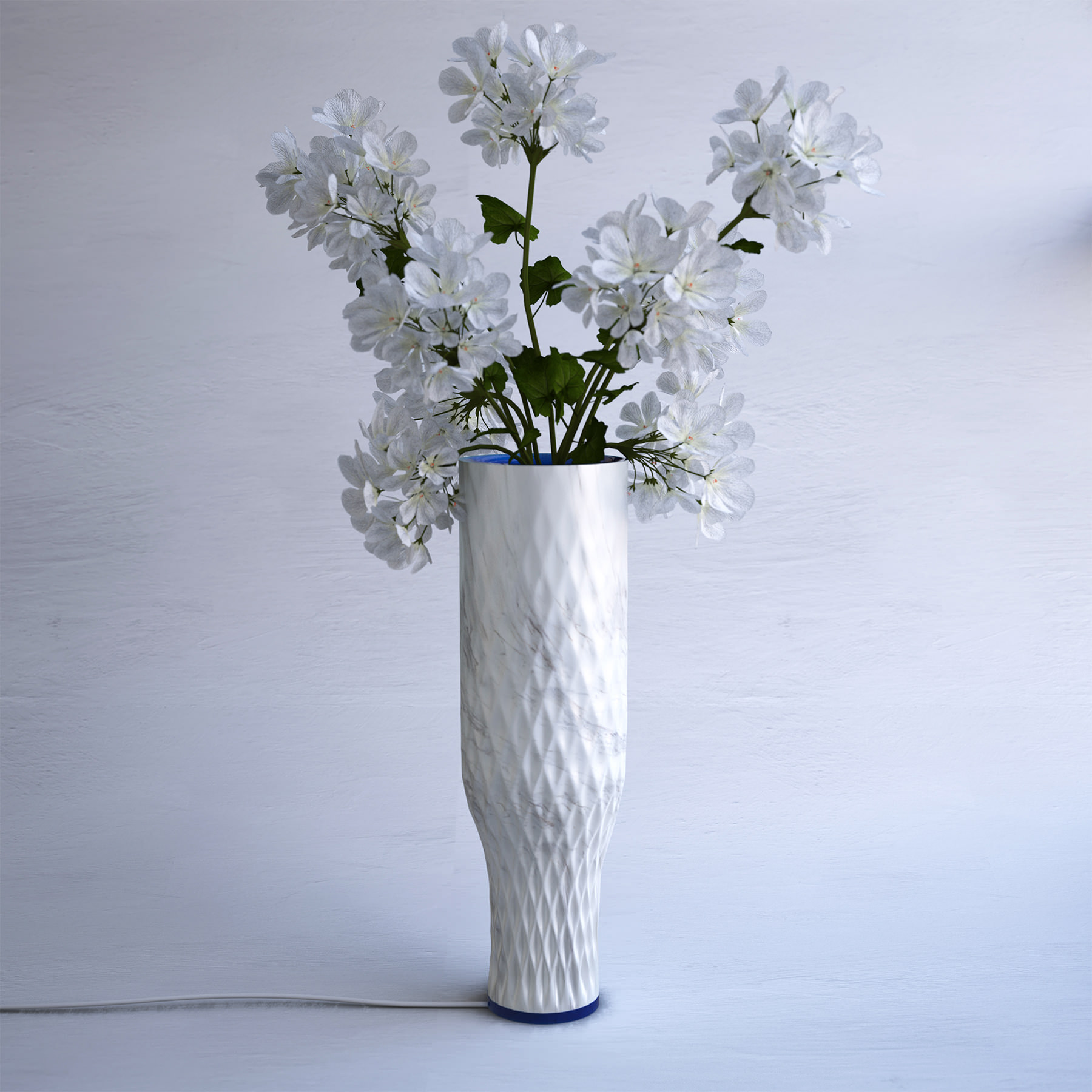 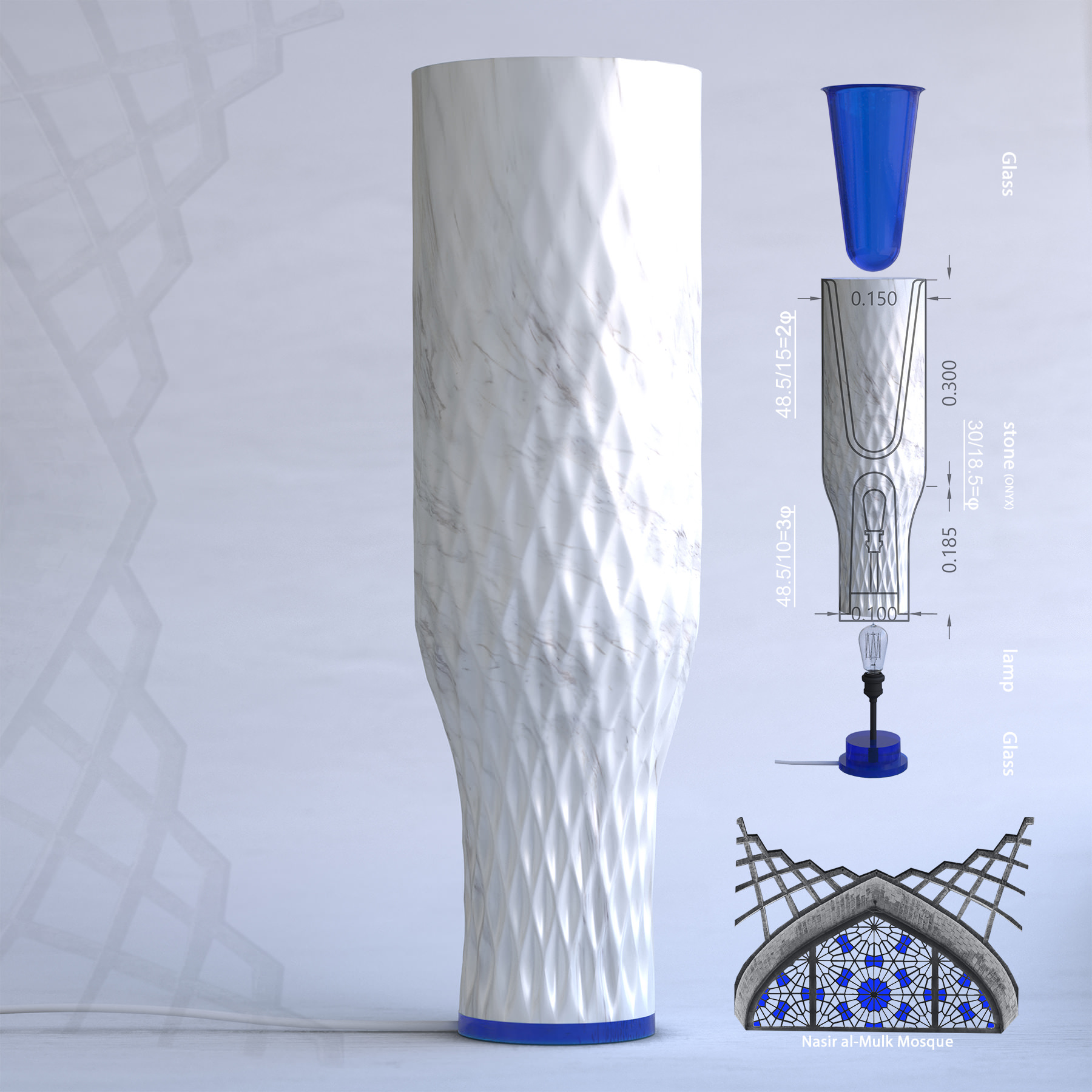