Problem: Because one of the most common problems among children is a fear of darkness, having the correct light might help them overcome this dread. In such situations, there are two most practical solutions for children: sleeping with parents or leaving the lights on all night, which can negatively affect sleep quality, physical health, and sleep function in terms of fatigue reduction.
solution: Tirozh, which means “sun ray,” uses familiar forms in nature to help kids overcome their fears more positively and constructively.
This product is suitable for children, teenagers, and even adults who are terrified of the dark. The product can develop a better relationship with consumers and their environment due to its minimally designed form influenced by natural elements. It might motivate people to tell their memories of nature and camping, as well as stories inspired by the product’s components.
Form: At first glance, the Tirozh’s general shape resembles mountains with trees at its base. Aspects that cause a viewer’s mind to engage for a few moments, keeping the mind focused on themselves or memories of such elements.
Also, the bright ring suspended on top of the mountain symbolizes clouds encircling the mountain. Its light and circular shape attract people to gather and assemble around it, much like a fire. Many individuals are familiar with this ambiance, both in real life and in movies, games, and the virtual world: Night and darkness, fire and its movement, and people gathered around it. The tree-inspired small lights at the mountain’s base can also be removed from the bottom layer and held like a flashlight. It’s a collection of flashlights that acts as a safe torch, illuminating the surrounding area.

Tirozh may be placed in many areas of the house, including the children’s room, bedroom, and even the dining room, where guests can talk and spend a nice time in the soothing light. You may also use little lights without distraction or disturbing others when studying or doing activities in the dark or when there is no electricity at midnight. With a magnetic capability, they can be positioned in various modes at suitable levels.

Tirozh is a lighting idea that lights and suspends a light ring using electromagnetic mechanisms of electrical induction. Holding the ring at the top of the mountain allows customers to see the rotating motion and brightness. The same mechanism also charges little lights on the surface, which can be turned on and used as flashlights by removing each of them from the surface. The lights include a magnetic part at the bottom that allows the user to set them in different directions on magnetic surfaces. The same mechanism allows the users to wirelessly charge their phones and smartwatches by placing them on the surface.

Tirozh seeks to illuminate a specific region for the user with a high focus rather than the entire environment. Reducing the heat released by the lighting system, according to the process, also decreases energy usage.
Furthermore, beyond a normal light, its design encourages kids to communicate more with themselves and narrate tales by allowing them to communicate with each other. Other advantages of this product include the ability to charge phones and smartwatches in many conditions and use Tirozh as a flashlight in various situations. 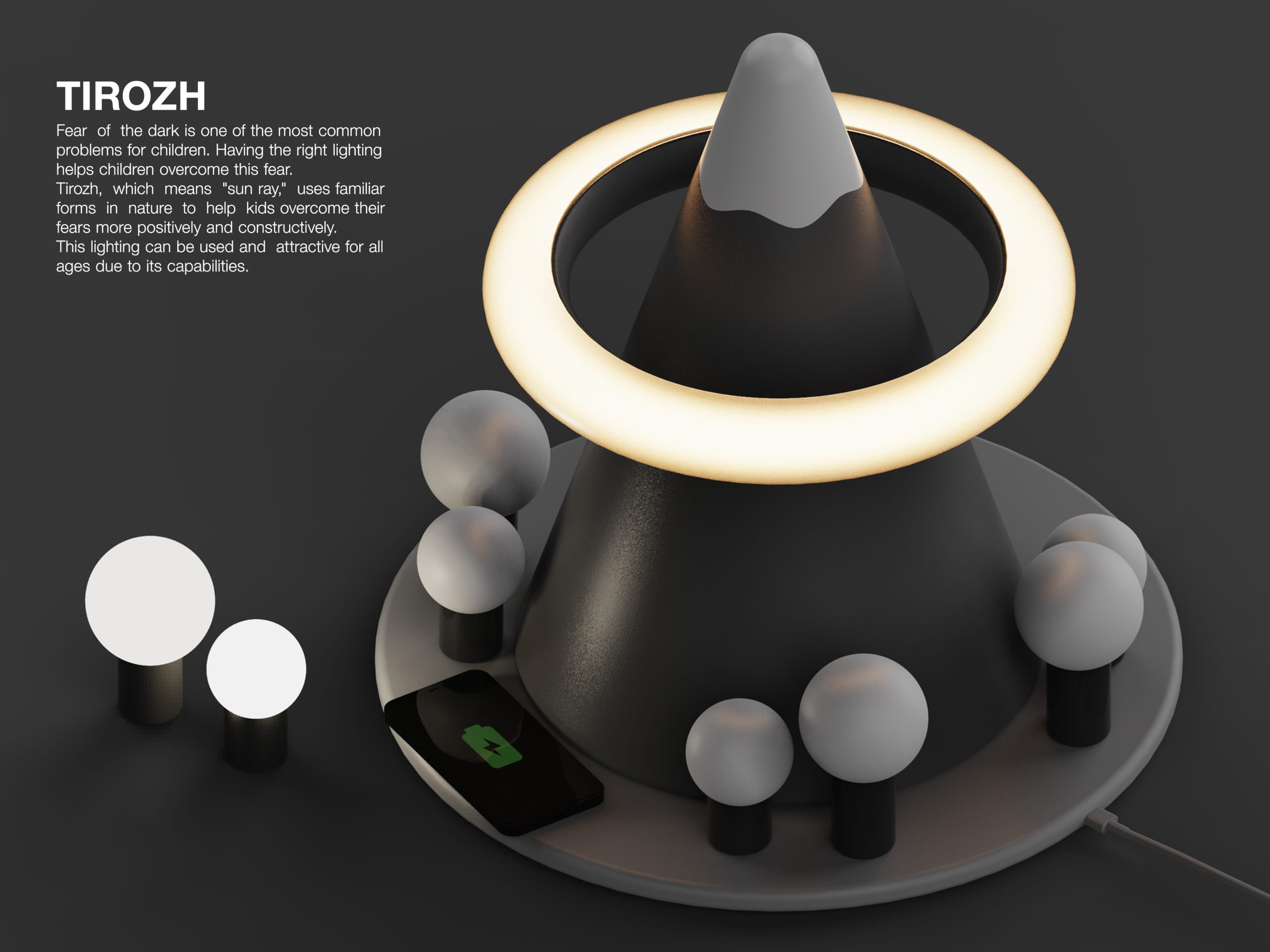 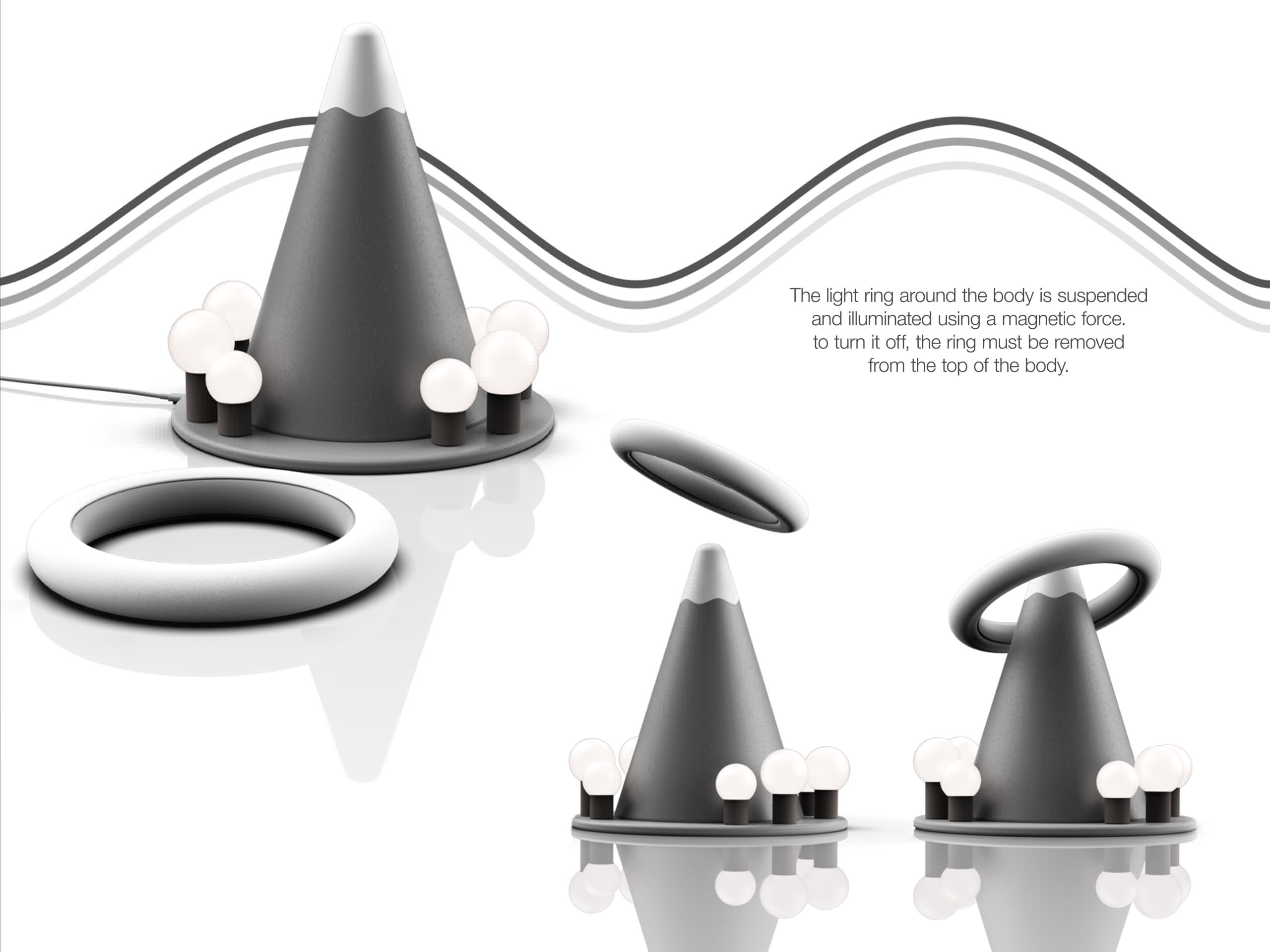 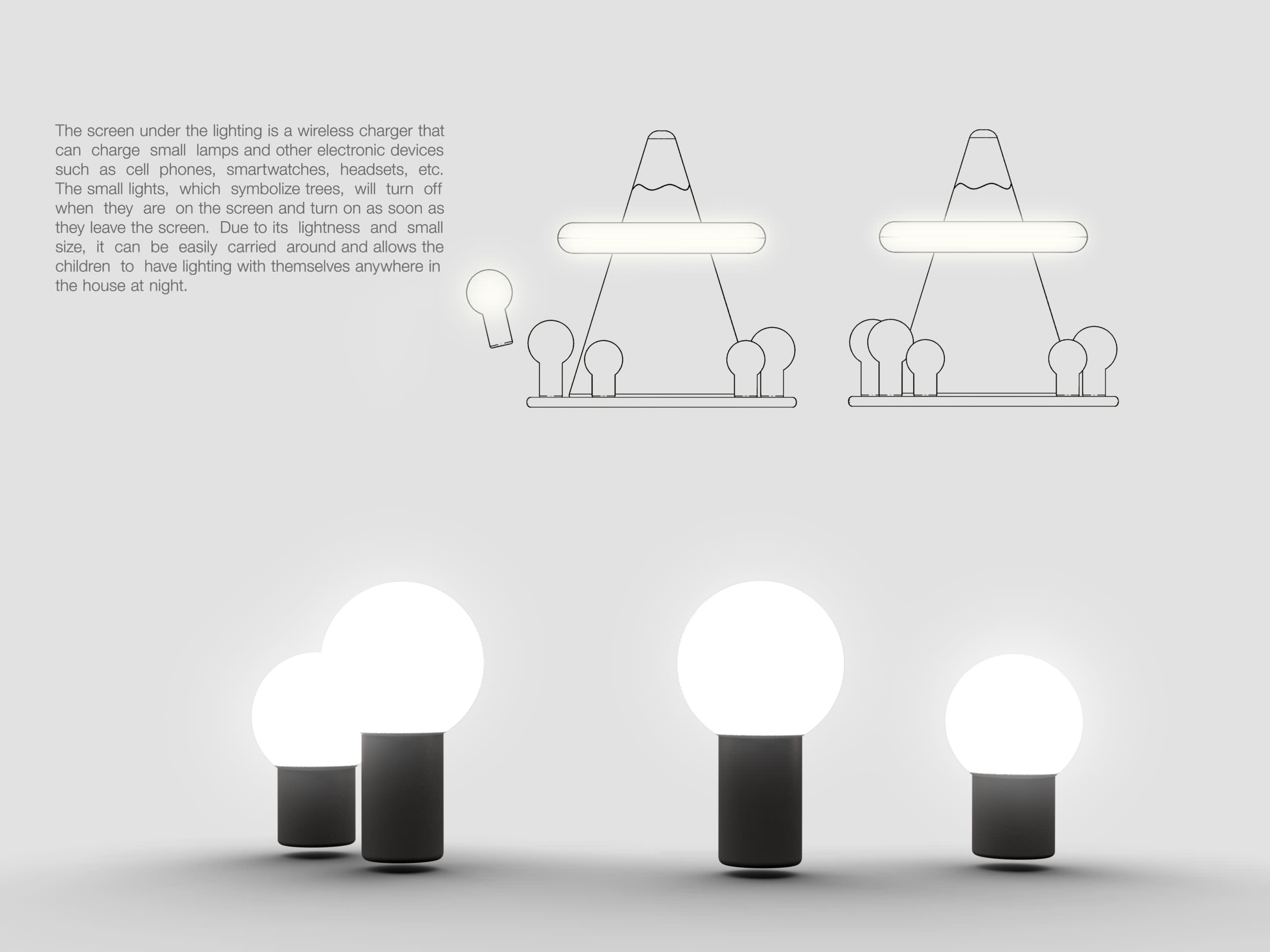 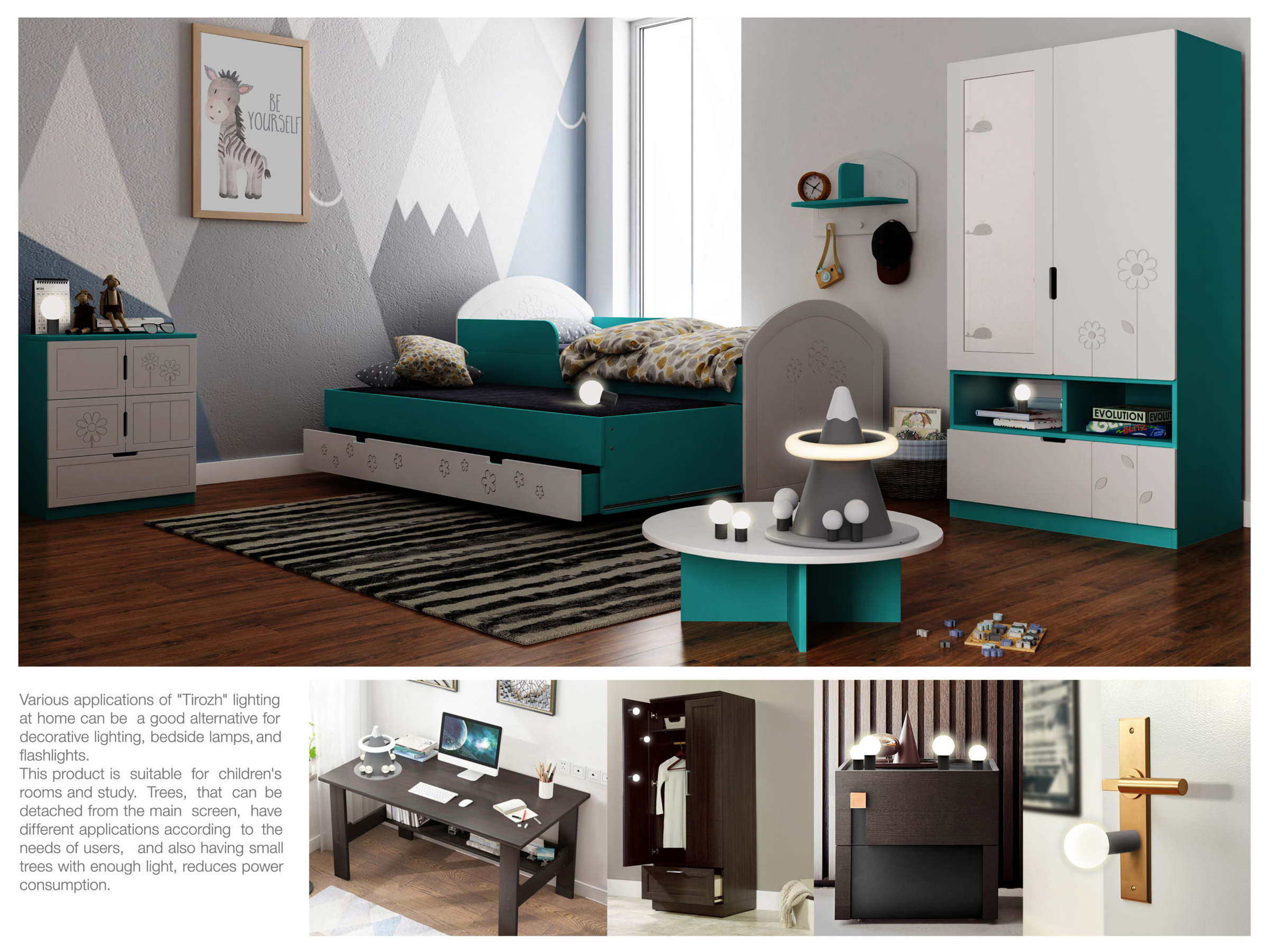